A Home for Henry?

This big hunka feline love is tired of sharing the lap of his caretaker, who called him a “total attention hog (in a good way)” with the other foster kitties in his Windsor Terrace foster home.

He was originally rescued with his two brothers in Midwood as friendly strays. While his brothers were adopted together, Henry has waited a long time for a new forever home.

Social, friendly, and about 15 pounds, Henry is a snuggler who likes to roll around in catnip and chase kitty fishing pole toys, and he so adores his humans that he is the rare cat who loves to be picked up and held.  A devoted couch potato, he’s OK with other cats but would also be fine as a single cat. (and he promises that he’ll sometimes let you control the DVR. Or the microwave.) 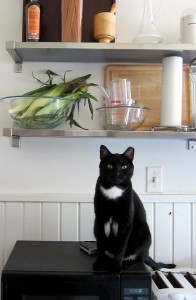 He is five years old, neutered, vaccinated, FIV/FeLV negative, and microchipped. He requires an all wet food diet but does not turn down the occasional dry treat.

To meet Henry in his foster home, please e-mail BrooklynBridgeAnimals@yahoo.com, and check out the other adoptable pets from our friends at Brooklyn Bridge Animal Welfare Coalition. 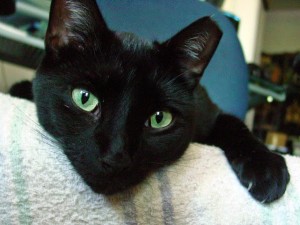