For those not familiar with Pete’s Waterfront Ale House, the Atlantic Avenue bar has been a neighborhood staple for almost two decades. It is owned by Sam Barbieri, who was classically trained at the Culinary Institute of America. Pete’s is known for its extensive beer list, BBQ (the bar has its own smoker), homemade hot sauce, “Sammy’s Serious Eggnog” and live music on Monday nights. But all that is about to change.

When Homer asked me to get the scoop on Pete’s changing hands and allegedly becoming a pizza joint, my initial thought was “what the heck is Brooklyn Heights going to do another pizza place? Table 87 and Luzzo’s right down the block!”

As the mother of a preschooler, I don’t go out after dark very often, especially not during the week. And, I love walking in the city at night. So, I decided to go get a drink and do some reconnaissance. Tuesday night was atmospheric, and a little misty. Nostalgic even. It was the perfect weather to chill out in a warm bar and have friendly conversation. After a brisk walk down Clinton Street, that’s just what I found at Pete’s. I was immediately offered a seat at the bar, ordered a glass of wine and listened. 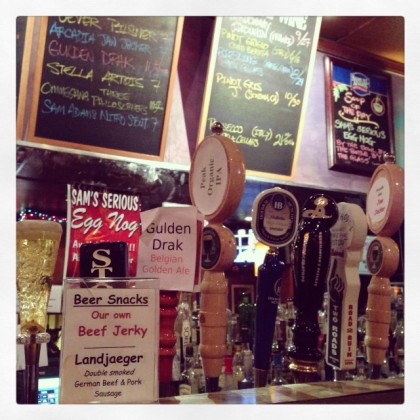 The clientele was definitely “of a certain age” and were gathered in groups at tables or chatting at the rail. It was clear change in ownership came as a surprise to patrons and staff alike. I overheard “end of an era” many times. David, a 15-year veteran, breezed in for a quick drink and exclaimed, “it’s the last days of the Waterfront Tavern! I’m traumatized!” Another lamented “they’re not going to be open New Year’s Day for Dimitri & The Black Coffee Blues band!”

It was at this point that I outed myself as a “journalist” and joined in. Mary, our affable bartender has been at Pete’s since 1997. It has seen her through “one engagement, one husband, three children and 572 [Facebook] friends” during her tenure. When she wasn’t skillfully balancing drink orders and conversation, I was able to find out what everyone wanted to know. 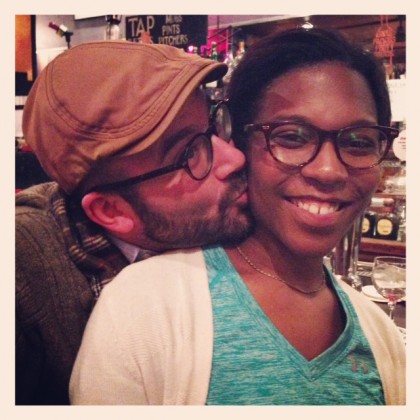 The deal will close sometime at the end of December and the bar will be under renovation for “about a month.” The new owner is Restaurateur Antonio Gomez. He is the proprietor of several Manhattan pizzerias Posto, Gruppo, Vezzo, Spunto and Tappo along with Latin eatery, Mezcla. Gomez is apparently keeping the “Pete’s Ale House” name ( a testament to the brand in my opinion) and would like to add pizza to the menu while maintaining the alehouse roots (the bar’s smoker is also part of the deal). Mary seemed optimistic that the vibe could be maintained and explained that Gomez is “supposedly re-interviewing everyone.”

I’m not sure if it was the warm-fuzzy from the half glass of eggnog I enjoyed but there was a palpable sense of family and friendship that night. The customers really care about this bar, “Sammy” and the staff. Relative newcomers and newlyweds Ian and Monica shared this sentiment, “We moved here a year and a half ago and adopted this place. We got married on Friday and were thinking of having our New York wedding party here. And the only reason to do that is the people.” A petition has emerged on Facebook encouraging Gomez to keep Pete’s original staff.

Pete’s sister location in Manhattan, Waterfront Ale House, will remain under the ownership of Mr. Barbieri. He was unfortunately not available for comment at the time of publication.