The Landmarks Preservation Commission on Tuesday rejected a proposal for a one-story commercial building on Old Fulton Street, Evan Bindelglass reported for Curbed NY. The lot at 20 Old Fulton Street (between Everit and Elizabeth) has been vacant since for nearly 40 years. 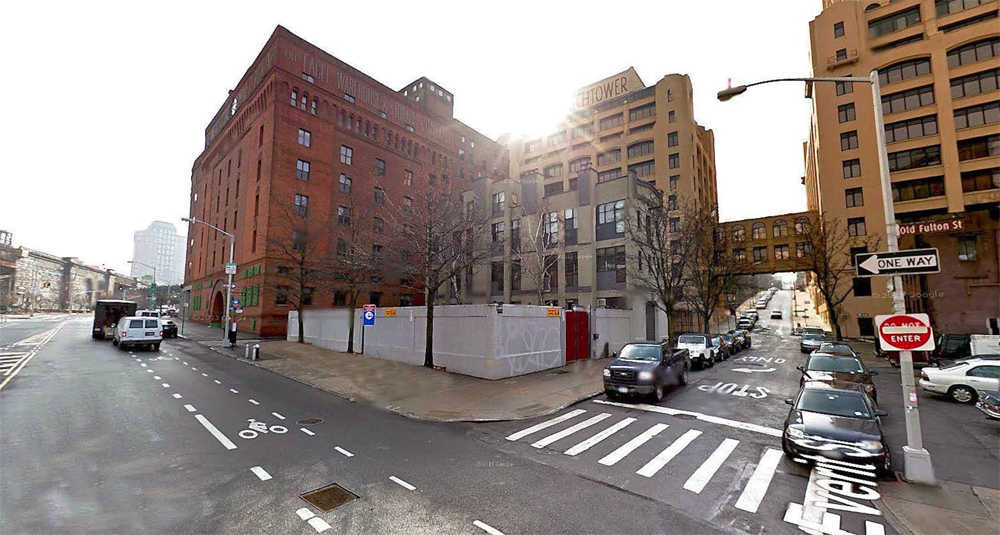 The proposal was for a building with a roof with sloped parapets leading to non-uniform awnings. It would have housed three businesses. The commissioners would love to see the site developed, but did not look favorably on the design or materials, pointing to the use of rust-dripping corten steel, the non-uniform awning, and the general “temporary” look of the building, Bindelglass reported. The developer is free to re-design and re-apply to the commission.