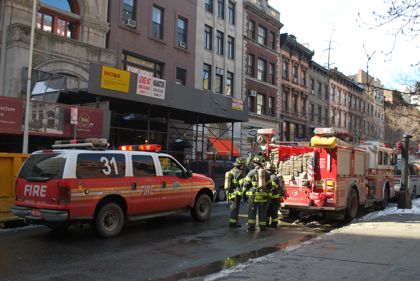 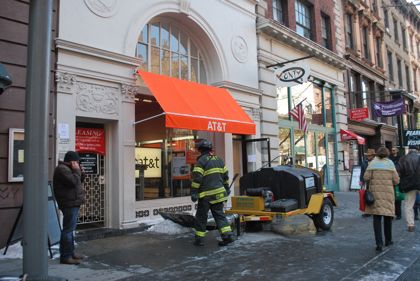 Firefighters closed part of Montague Street and evacuated the building at 160 Montague St. this morning after getting a call about a strange odor wafting into the building. The culprit was fumes from a machine used to fix the frozen pipes in the building’s basement. The machine has been shut off pending further investigation, a firefighter said.

Readings showed that carbon monoxide levels were at 25 parts per million in the building — 0 ppm is normal and after 9 ppm, it becomes a concern, the firefighter explained. But, to put it in context, 99 ppm is when safety officials typically evacuate buildings.

“We evacuated the building today just in case,” he said. “There’s nothing to be alarmed about.”