Brooklyn Bridge Park has become an attraction for migratory birds. Several American black ducks have settled, at least temporarily, along the stream that follows the landward side of Pier 1. Over the past few weekends, I’ve seen them every time I’ve crossed a footbridge over that stream. In the photo above, one appears to be plucking something from the streambed, while the other floats and rests. 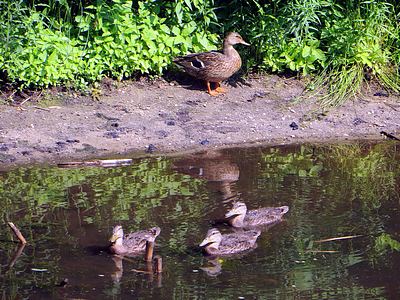 Here’s a view of four ducks, one on shore and three in the water, taken a week later at the same location. 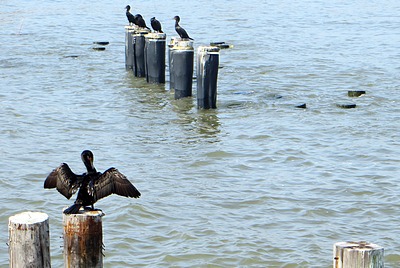 A double crested cormorant dries its wings as others sit on pilings near the south end of Pier 1. Although cormorants are diving birds their feathers, unlike those of ducks, aren’t water repellent; hence, the need to dry. 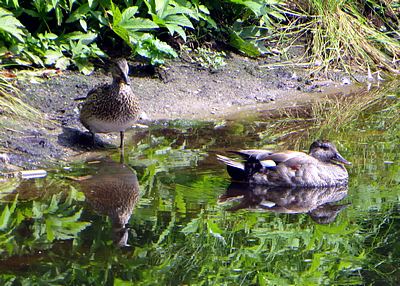 Another sighting of the ducks on a hot day several days later. 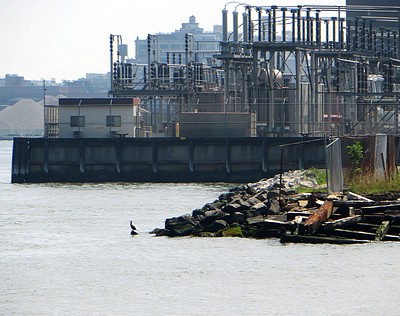 Looking north toward the Con Ed plant from the portion of Brooklyn Bridge Park that lies almost beneath the Manhattan Bridge, near the foot of Washington Street in DUMBO, I spotted another cormorant perched on a rock. 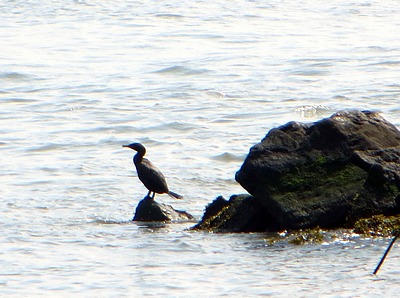 Here’s a closer view of the cormorant. 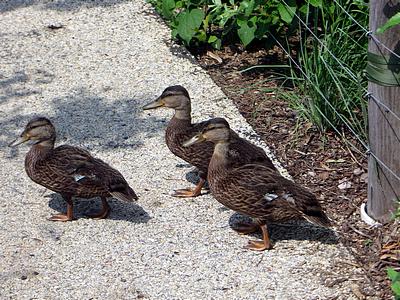 Why did the ducks cross the path? 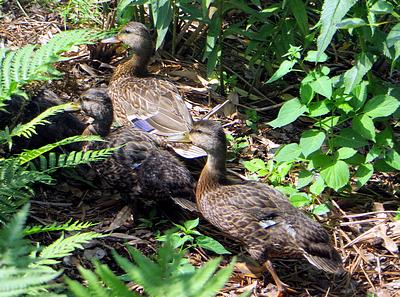