Arriving at the rally in one of the small playgrounds adjoining LICH this morning, I found Congresswoman Nydia Velazquez speaking eloquently about the need to save the hospital, and its importance to the people in nearby neighborhoods. 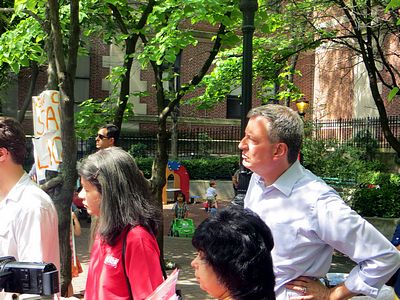 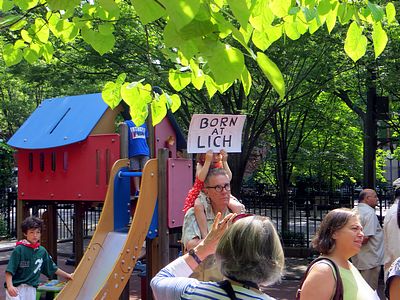 As this young lady and her dad watched, it was announced that SUNY had ordered an immediate shutdown of LICH’s obstetrics ward for new deliveries. 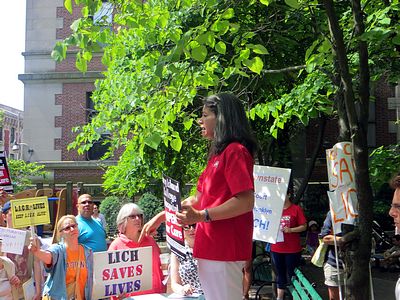 LICH nurse Maribel Agosto urged everyone to action. She noted the hospital’s vital role in treating victims of Hurricane Sandy. 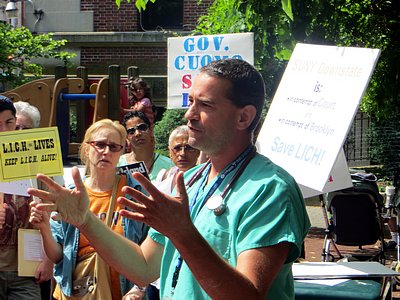 Doctor Melman said SUNY’s claims of understaffing creating a danger for patients at the emergency room, and at LICH in general, were not true. 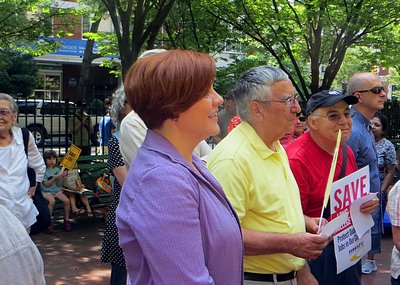 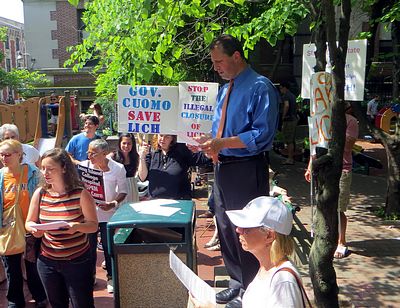 City Councilman Brad Lander, who played the part of Judge Johnny Lee Baynes, and two women who played the part of lawyers, presented a dramatic reading, based on courtroom transcript, of events in Judge Baynes’ courtroom on Wednesday as news was brought in of SUNY’s order to divert ambulances from LICH. Judge Baynes said this would be a “clear violation” of his earlier order, and set a conference with lawyers for both sides, SUNY and the Nurses’ Union, for this coming Monday. The Judge said he hoped there would be “better news” about compliance with the court’s order. He has also scheduled a hearing for July 15 at which SUNY must show cause why it should not be held in contempt of the order. One intriguing possibility is that the Judge might, as he has said he could, seize control of LICH from SUNY and appoint an administrator to run LICH on a temporary basis. 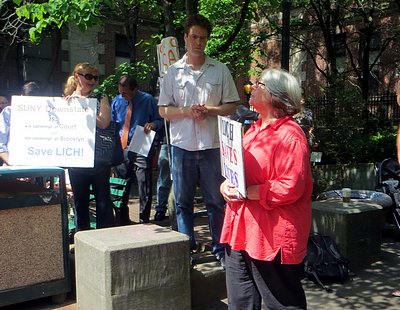 Susan Raboy, whose life was saved by an emergency procedure at LICH, made an impassioned plea to save the hospital. 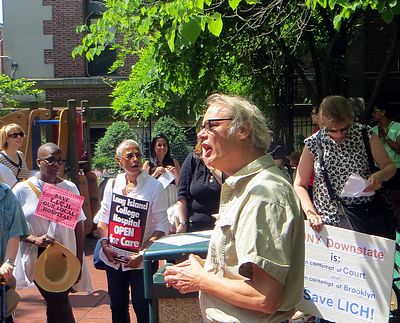 Roy Sloane of the Cobble Hill Association said Governor Cuomo was the key to saving LICH, and that everyone needed to urge him to take action. 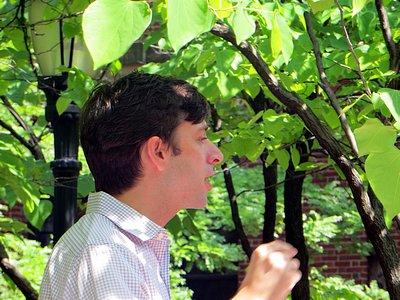 City Councilman Steve Levin lent his support to the cause. 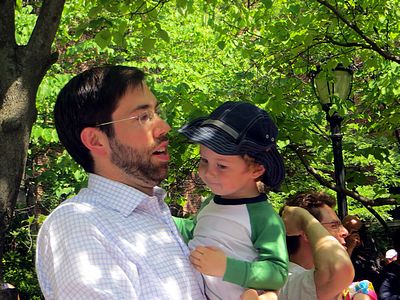 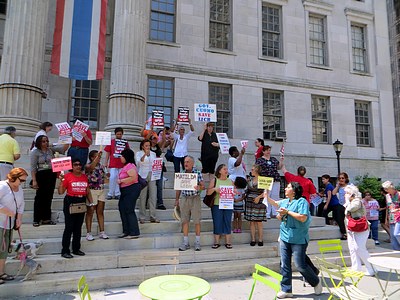 The LICH supporters then marched to Borough Hall, all the way shouting “Governor Cuomo, save LICH!” They then assembled on the Borough Hall steps. 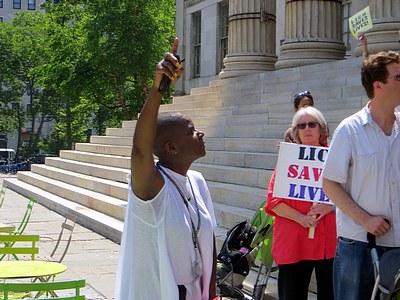 The final speaker was Dr. Alice Garner of the LICH neonatal care unit, who forcefully said she saw no reason to close LICH’s obstetrics unit.