The Department of Transportation begins work this week on a project aimed at easing congestion in Brooklyn Heights and Cobble Hill. Improvements will be made on Hicks Street, near Atlantic Avenue and the BQE, “where speeding and heavy traffic have been a longtime concern for community members,” according to news reports.

DOT will add planters alongside roads to force drivers to slow down and create curb extensions to shorten pedestrian crosswalks. The lanes will also be altered to have two narrower moving ones next to a parking lane. The project was proposed last June. No word on when it will be completed. 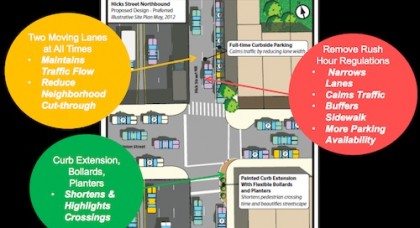 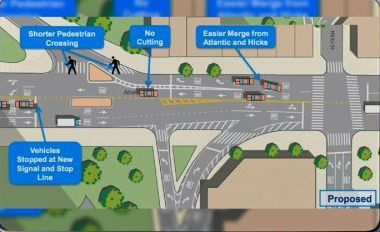