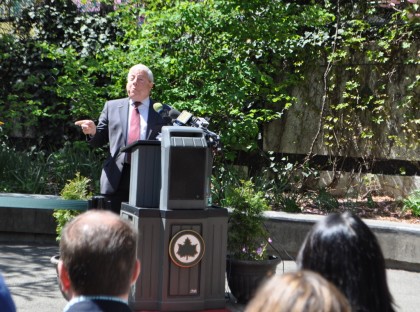 Adam was one of New York’s most influential native sons. Before GQ declared Brooklyn the coolest city on the planet, he was among the innovative pioneers that helped put Brooklyn on the map. Adam always made Brooklyn proud.”

Adam brought a sense of joy and playfulness to his work—and to our lives. This park will foster future generations of artists like Adam. 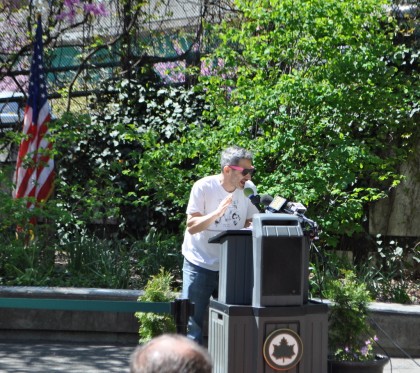 Adam was a New York kid who was always curious and ultimately awesome. Today’s we’re honoring my friend and my brother. How cool is it to have Adam Yauch Park here for other crazy kids? 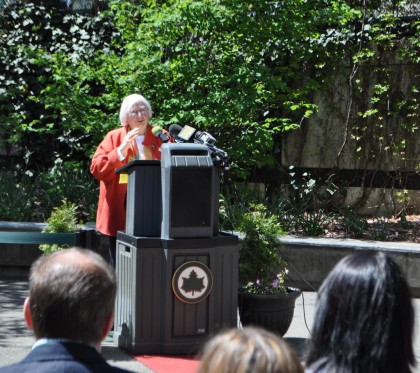 When he was a child, we played Mozart and Elizabethan music for Adam, so that he would love music all of his life. The Beastie Boys rehearsed on the top floor of our house—and they made the windows rattle. It’s amazing that our neighbors never complained.
They began playing at CBGB’s, then released an album, and warmed up for Madonna’s Like A Virgin Tour. To our utter astonishment, the Beastie Boys then became famous.
We’re so proud to have this park in his name.