Locally owned brick-oven pizzeria Dellcarocco’s Of Brooklyn at 214 Hicks Street has updated its menu with two new appetizers and three entre items. The restaurant has enjoyed consistent success since it opened in July 2012—just take a walk through the Heights before trash pick-up and its signature pizza boxes are lovingly laid to rest by the dozens.

“We want to make sure we’re offering a diversity of menu items for our clientele, to keep things exciting and interesting,” co-owner Greg Markman tells BHB—particularly as the eatery anticipates a potential influx of customers with the Summer 2013 opening of the Bossert Hotel, across the street. In line, D’s has also brought in a new chef to continue its evolution.

Dellaorocco’s pizzas are cooked in a wood-burning brick oven imported from Italy, alongside a wine & beer cafe. It is O&O’d by Brooklyn-bred brothers Greg and Glenn Markman and Joseph Secondino (who has known the bros for 30+ years)—also partners of the Heights Cafe next door at 84 Montague Street. 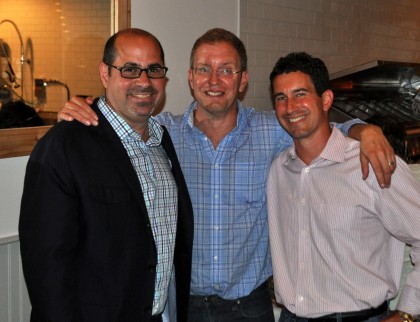