Alan Light Reads From ‘The Holy Or The Broken’ At St. Ann & Holy Trinity in Brooklyn Heights: March 10

St. Ann and the Holy Trinity will host music critic Alan Light reading from his new book “The Holy or the Broken: Leonard Cohen, Jeff Buckley and the Unlikely Ascent of ‘Hallelujah,'” on Sunday, March 10, at 3 p.m. Suggested donation is $10. St. Ann is located at the corner of Montague and Clinton streets. 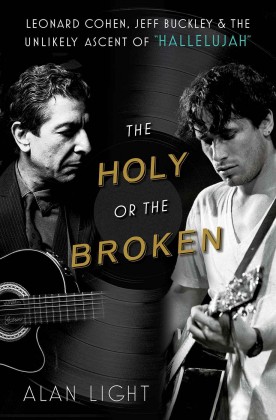 Praised as a “masterful work of critical journalism” by Kirkus Reviews, “The Holy or the Broken” tells of how Leonard Cohen’s “Hallelujah” impacted culture. Through in-depth interviews with its interpreters and key figures who were there for its original recordings, Alan Light follows the unlikely journey of Cohen’s song from obscurity to international anthem. McBrooklyn reports that the reading will begin with a live performance of “Hallelujah” by the Guggenheim Grotto, an Irish folk-pop group now based in Brooklyn.

Alan Light is a frequent contributor to the New York Times and Rolling Stone, and former editor-in-chief of Vibe and Spin magazines. Copies of “The Holy or the Broken” will be available for purchase and signing at the reading.

Here’s Light talking about this year’s Grammy winner for Album of the Year on Radio.com*: