Brooklyn Heights continues to be a hotbed for stirring artistic creativity. Just ask Matthew O’Neill and his wife Ksenia O’Neill, who moved to the neighborhood last summer. The (already much-lauded) mister has been nominated for an Academy Award in the Documentary Short category for “Redemption,” which explores a phenomenon that’s certainly familiar to locals: “jobless New Yorkers combing through the garbage, scooping through the slime. The prize they pursue are empty bottles and cans,” which they redeem for cash.

Directors Jon Alpert and Matthew O’Neill are actually veterans of the awards game. They were nominated for an Oscar in 2010 for their film “China’s Unnatural Disaster,” and won four Emmys for the 2006 film “Baghdad ER.” They work together at Downtown Community Television Center (DCTV), based in NYC’s Chinatown. Alpert is Founder & Executive Director of the organization, which has won 15 Emmy Awards, three Columbia DuPont Awards and a Peabody Award.

At this year’s Academy Awards, “Redemption” competes with “Inocente,” “Kings Point,” “Mondays At Racine” and “Open Heart.” The Oscars will air February 24 at 7 p.m. on ABC-TV. 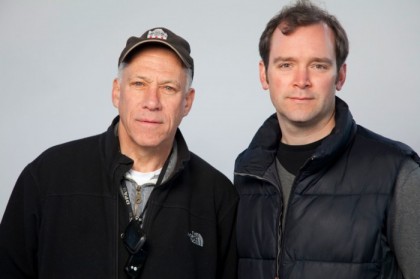