Group Warns That Congestion Is Increasing As Downtown Grows

By Chuck Taylor on December 14, 2012 10:14 am in Brooklyn Heights, Downtown Brooklyn, Transportation

Website Capital quotes the report: “Existing traffic and parking congestion, demands on transit service and dangerous roads for cyclists and pedestrians already pose hurdles for residents, businesses and the environment. The opening of Barclays Center in September 2012 has further compounded these challenges. The lack of a comprehensive and satisfactory transportation demand management plan from the Department of Transportation and developer of Atlantic Yards” stands to further complicate the area’s potentially stifling congestion. 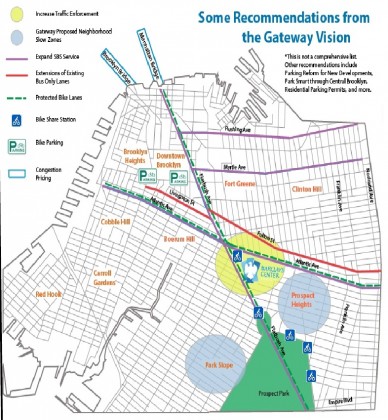