Is The Bossert Being Converted Back To The ‘Waldorf Astoria of Brooklyn’?

By Chuck Taylor on May 8, 2012 11:13 am in Architecture, Brooklyn Heights, Brooklyn History, Government, Real Estate, Watchtower

Consider this a potential game-changer for Brooklyn Heights: The magnificent Bossert at 98 Montague Street, owned & maintained by the Jehovah’s Witnesses, is apparently returning to its original domain as a hotel. Brownstoner reported Tuesday that according to a Public Hearing notice sent out by Community Board Two, a variance application has been filed to allow “reconversion of the existing community facility hotel back to its original, transient hotel use.”

What remains unclear is whether the flip is a maneuver on the part of Jehovah’s Witnesses to find an interested buyer for the building. It was first put on the market in 2008, just as the economy flatlined. A $90 million bid fell through, and the property has failed to draw serious interest since.

The religious group bought the Bossert in 1988 and meticulously returned the majestic 14-story building to world-class grandeur—restoring its one-time reputation as the “Waldorf Astoria of Brooklyn.” Currently, it is utilized as free lodging for Jehovah’s Witnesses visiting and studying at Brooklyn Heights’ Watchtower. The 200,000-square-foot building is configured into 224 apartments.

The Hotel Bossert was built in 1909 by Louis Bossert, a Brooklyn lumber magnate and opened as an “apartment hotel.” During the 1920s, it was known for its two-level rooftop restaurant that provided panoramic Manhattan views. In the 1950s, the Bossert was home to several Brooklyn Dodger players, and following the team’s win over the New York Yankees in the 1955 World Series, Dodgers fans and players notoriously gathered in the lobby.

A public hearing will be held Wednesday, May 16 at 6 p.m. at the Dibner Library at 5 Metrotech Center. 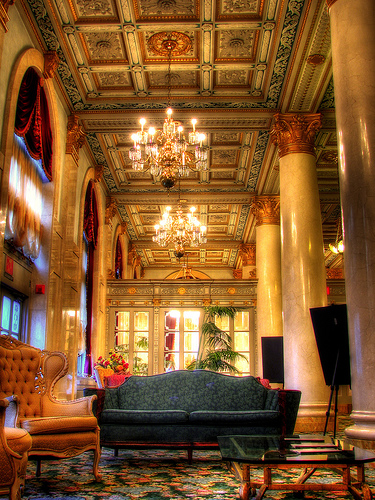 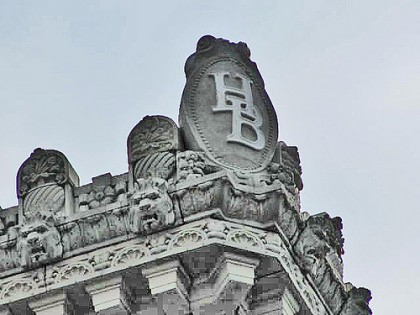