“As a Private School in Brooklyn Raises Its Profile, Questions of Identity Arise.” That’s the exploratory headline for a Sunday New York Times profile of Packer Collegiate Institute, the Brooklyn Heights K-12 prep school that’s been located at 170 Joralemon Street since its founding in 1845.

The 1,100-word NYT story explores the growing pains of the historic locale, as demand increases for private schools, combined with millions of dollars in program upgrades, raising the profile of Packer and making it competitive with some of the city’s best-known private schools.

“Think of Packer as having two personalities: intimate, cozy and warm, with its Brooklyn roots, and ever-expanding and state-of-the-art,” the NYT reports, with a quote from Bruce L. Dennis, Packer’s head of school: “We’re becoming more of a New York City school located in Brooklyn than a Brooklyn school.” 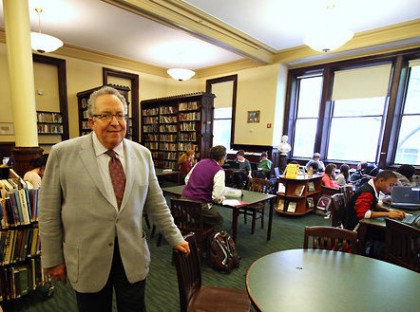 Sign Of The (Past) Times: Hebrew National At 139 Montague Street
Word To The Wise: Beats by Dre Headphone Heists Hamper Heights