Brooklyn Heights: It’s For The Birds

For Brooklyn Heights bird-watching aficionados, Feinstein noted that with the unseasonably warm weather, migrant fowl are returning early from winter locales, feasting on insects and blossoming flowers. In Cadman Plaza Park, she located an Eastern Phoebe (Sayornis phoebe), “behaving typically by perching on a low branch and flicking its tail.” The “small drab” birds spend the winter in Central America, Mexico and the southern half of the eastern United States, then breed throughout the eastern United States and across Canada.

In Brooklyn Bridge Park, Feinstein saw a Palm Warbler (Setophaga palmarum) “passing through New York on its way to Canada to breed. Palm warblers spend the winter along the coasts of the southern states, and in Central America and the Caribbean.”

There’s your lesson in winged creatures for the week. And for more bird loving, BHB correspondent Claude Scales shares that there will be a bird tour, guided by the Brooklyn Bird Club, on Pier 1 in Brooklyn Bridge Park, this Sunday, April 22, from 9 to 10:30 a.m. If you’d like to participate, please e-mail rsvp@bbcp.org or call Kara Gilmour at 718-802-0603. 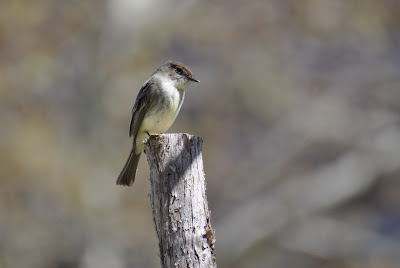 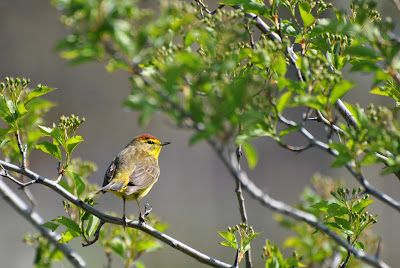