A cadre of fire engines and police cars gathered at the scene of a minor traffic accident in Brooklyn Heights late Sunday afternoon at 25 Pierrepont Street, after an Acura SUV drove onto the curb and hit a corner pole supporting scaffolding on the building. Bordering the second floor of the residential building and wrapping around the corner onto Willow, the scaffolding was markedly askew from street level.

The male driver and a female companion were at the scene, talking with police officers. Neither was hurt and no charges had been filed by 6 p.m. Fire crews, meanwhile, were inside the entrance making contact with building management. Photos below. 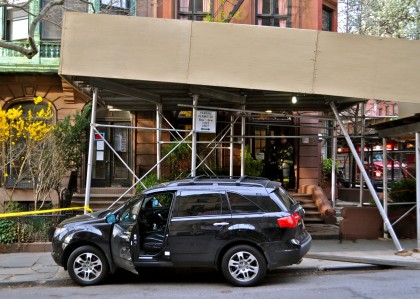 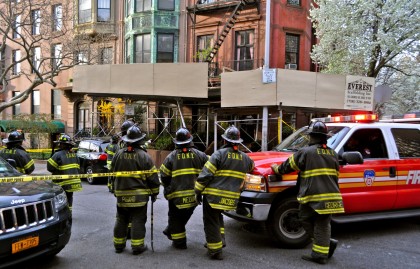 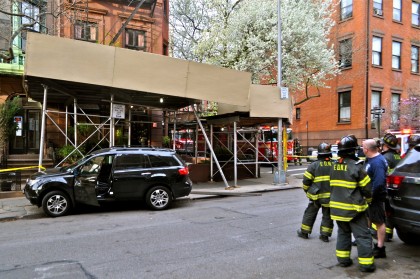 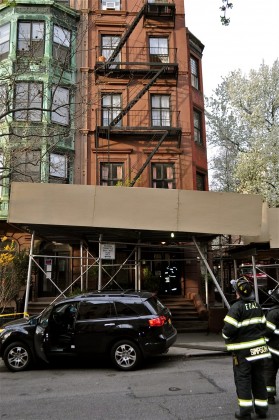