A presentation and discussion hosted by Brooklyn Heights Press editor and local historian Henrik Krogius Thursday March 1—based on his 2011 book, The Brooklyn Heights Promenade—offered a wealth of fascinating historical facts and anecdotes about Brooklyn Heights’ most beloved public space, which acknowledged its 60th anniversary December 7, 2011. The event was held at the Brooklyn Women’s Exchange.

The whole story is, of course, best found via the full text, published by The History Press, and available for sale at The Women’s Exchange, but here are factoids Krogius shared with the Heights’ residents attending the event:

* The New York City Planning Department first proposed the notion of a roadway to connect Brooklyn and Queens in 1939. As is common knowledge, transportation guru Robert Moses was intent on running a highway through the center of Brooklyn Heights— 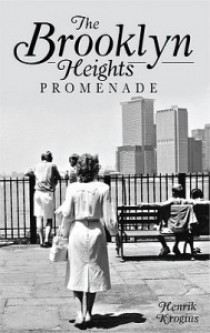 which was robustly contested by the highly organized Brooklyn Heights Assn.

* Residents along Columbia Heights were opposed to the modified design of a triple-deck solution along the East River, employing a double-decker highway and public walkway “Esplanade,” turning their collective nose up at the idea of their backyard gardens atop the “bluffs” of the neighborhood becoming public space.

* The plan was finalized in 1943, requiring a number of historic homes to be leveled as what would become the BQE was forced to turn in order to connect with the Brooklyn Bridge. It was deemed at the time “America’s Front Porch.”

* The Esplanade officially opened October 7, 1950, with 200 officials turning out for the ribbon cutting. According to Krogius, it was regarded as a minor event by local press, who were ultimately unimpressed with the potential the public space would deliver to the Brooklyn Heights neighborhood.

* Originally, handsome brick warehouses lined Furman Street, along the East River below the Promenade. A deal was cut to allow their replacement with the familiar powder blue steel warehouses that lined the coast until development of Brooklyn Bridge Park began. But a major brouhaha bubbled in May 1953 when they bid to be constructed at a height of 70 feet high—which would have actually allowed them to tower 20 feet above the Promenade view.

The Brooklyn Heights Assn. rallied with a robust community effort to battle the plan. Even Moses, who was present at a Borough Hall hearing, appeared ambivalent, as city planners claimed an exception for height restrictions couldn’t be made for a single waterfront district. Ultimately, the BHA triumphed, and in June, a height limit was approved.

Watch BHB’s video interview by BHB hero Karl Junkerfeld with Krogius, which was shown at the evening’s event, below.


The Brooklyn Heights Promenade from Karl Junkersfeld on Vimeo. 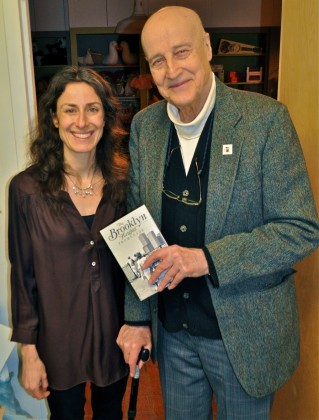 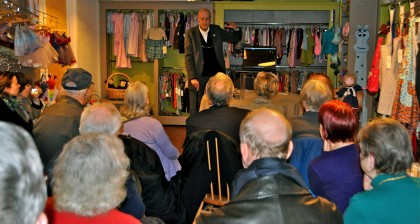