Appellate Division @ 45 Monroe Place: Ever Wonder What Goes On There? 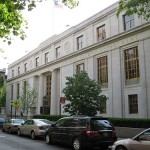 Last week, Brownstoner deemed the Classical Revival Appellate Division building at 45 Monroe Place in Brooklyn Heights its Building of the Day. Architectural historian & Brownstoner writer Montrose Morris tells us that the handsome limestone-clad structure at the corner of Pierrepont Street was constructed between 1936-1938 at a cost of $1.5 million, replacing a church that stood on the corner.

Ever wonder what goes on there? The “Second Department of the Appellate Division of the Supreme Court of the State of New York” serves 10 New York counties, making it the busiest Appellate Court in the nation. It was established in New York State in 1896 to hear appeals from the NYS Supreme Court, as well as Family, County, Claims and Surrogate’s Court.

When it opened in 1938, it housed eight Justices and 63 staffers. Today, 21 Justices and 199 staff members are based there. 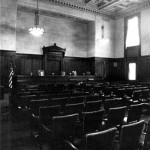 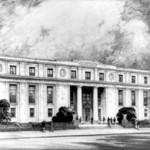