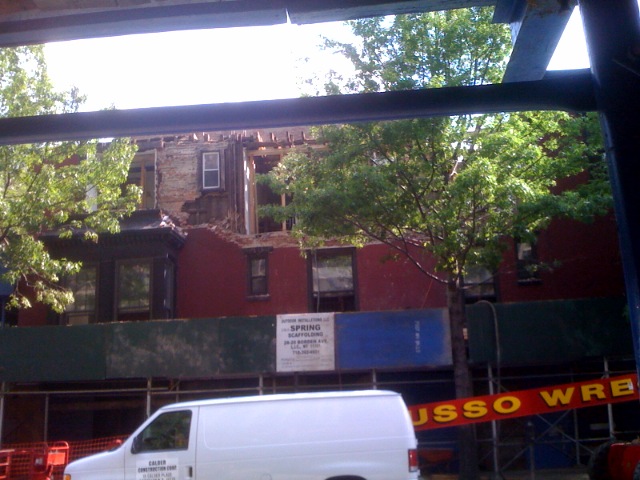 A number of complaints regarding 100 Clark Street flowed into the Department of Buildings over the weekend. According to the DOB website, callers complained about “creaking noises” and debris falling from the scaffolding. The DOB is currently under a Stop Work Order brought by the building’s owner the Penson Companies.   When the building was vacated over the Memorial Day weekend, the plan was to demolish the first two stories of the building.  Following inspection, reports came that the DOB had planned to take down the entire building.  They were stopped by the owners last week.

This weekend BHB spotted workers putting up 2x4s and framework in what appeared to be an attempt to shore up the building.