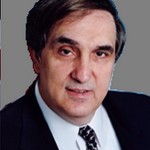 Assembly Member Vito Lopez, leader of the Kings County (Brooklyn) Democratic Party organization, stung by the defeat of his hand-picked candidates Hope Reichbach and Stephen Williamson for district leaderships in the 52nd Assembly District, as well as by the disclosure of the exorbitant salaries received by his campaign treasurer and his girlfriend as officers of a not-for-profit organization which has benefited from his “member items”, will face a new challenge Monday evening at 8:00 when the Kings County Democratic Committee meets at St. Francis College, 180 Remsen Street. According to a press release from the reform organization New Kings Democrats, they plan to introduce “three basic reforms” at Monday’s meeting:

The three reforms which NKD and its allies intend to bring to the floor for a vote are for the County Committee to meet quarterly, as opposed to its current biennial schedule; for County Committee Meetings to be open to the media; and for the activation of the body’s sub-committee responsible for boosting voter participation and enrollment in the Democratic Party.

“We think these are three very sensible, important reforms that every member of the County Committee can agree on,” said NKD President Matt Cowherd. “Unfortunately, the Brooklyn Democratic Party suffers from a reputation for shady backroom dealing, cronyism, and an utter lack of transparency. These reforms represent a small but significant step in restoring the faith of Brooklyn Democrats in their party, and to welcome new civic-minded borough residents into the fold.”

Cowherd cautioned, however, that despite the “no-brainer” quality of these proposals, their adoption at this meeting is not assured. ” At the last meeting of the Kings County Democratic Party two years ago,” he noted, “a district leader sympathetic to Lopez moved that the meeting be adjourned prior to any discussion of new business and the motion was hastily adopted without debate.”

Newly elected male district leader Chris Owens had this to say: “Reform will come to Brooklyn’s Democratic Party eventually…The longer Vito Lopez tries to keep the floodgates closed, the more powerful the tide of change will be when they burst.”