Your First Look at Roebling Inn, Opening Next Week 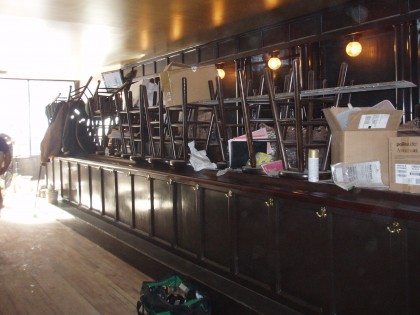 Roebling Inn, the eagerly anticipated new bar from the folks behind Boerum Hill’s The Brooklyn Inn, will open next Monday, December 28, and BHB got an exclusive look of what to expect at Brooklyn Heights’ newest neighborhood bar, located at 97 Atlantic Avenue. 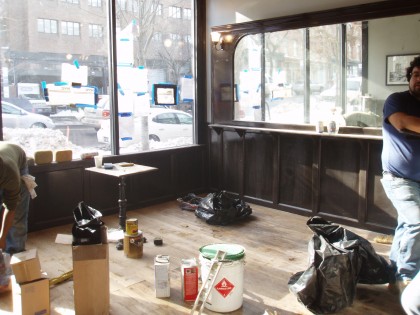 Workers were putting some of the finishing touches today on the old Magnetic Field space in anticipation for next week’s opening. The bar will feature 16 beers on tap, with almost all of them local including Sixpoint and Kelso (the exception being Bud Light). The bar’s manager, Jason Furlani, said there would also four wines from Long Island, two red and two white.

Unlike The Brooklyn Inn, the bar has TVs (four of them) and a small bar menu including hot dogs, soft pretzels and cheese and crackers. Toward the back of Roebling Inn will be a dedicated darts space, something lacking in the neighborhood, Furlani said. 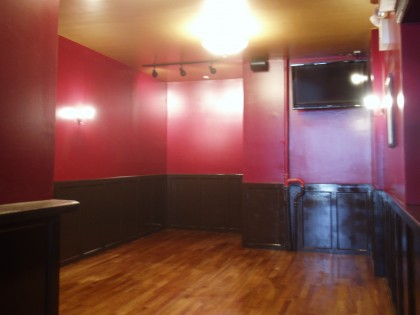 Furlani said he hoped the bar would become an “everyday bar,” with reasonable prices and lots of locals. 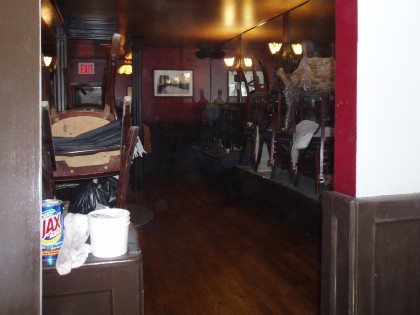 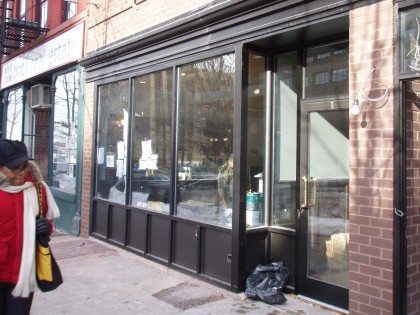 The exterior
(All photos Thomas Garry/BHB)