Take Your Man To The Doctor Kicks Off 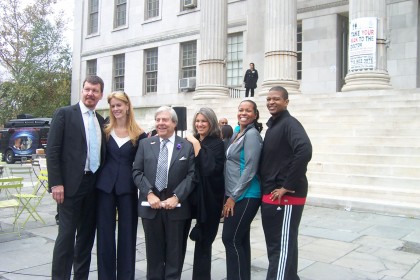 Today Brooklyn Borough President Marty Markowitz and Deputy Borough President Yvonne Graham kicked off the eighth year of the ‘Take Your Man To The Doctor” health care campaign. There are 400,ooo Brooklynites without health insurance, men being twice as likely as women to be uninsured.

Markowitz asked Brooklynites to take the men in their life, whether straight, gay, or multiple partners, to have an annual check- up and develop a relationship with their health care providers.

Brooklyn reality TV stars Alex McCord and Simon van Kempen (“The Real Housewives of New York City”) revealed Mr. van Kempen had a heart scare a few months ago and has since quit smoking. They have since become involved with the American Heart Association and pointed out not only should you get your man to the doctor, you should make sure he gets his prescriptions filled.

Brooklyn newlyweds Nicole Brewer and Damien Gurganious (“Biggest Loser: Couples”) admitted they wanted to have children. Mr. Gurganious said he would like to be a “fit dad, not a fat dad.”

Also on display was Brookdale Hospital’s 3-D HD robot, da Vinci which users a laser to for less invasive, more efficient operations for both prostate and hysterectomies.

The event included free health care information, included screenings for cholesterol and colon cancer. Supplies for flu shots ran out by 1pm, though the event continued to attract passers-by and Brooklynites seeking information. For futher screenings and information visit www.brooklyn-usa.com . 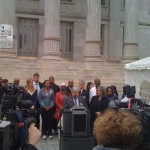 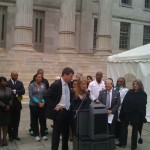 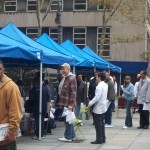 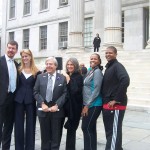 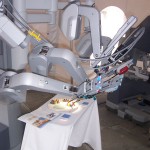 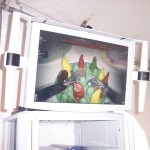