The BHB Ten 2022: The Most Notable People of Brooklyn Heights This Year

It’s that time, for our annual list of ten people (or groups of people) living or working in Brooklyn Heights, who made an impact on our neighborhood, the city, the country, or the world this year. With input from everyone at BHB, here in no particular order are The Ten.

Lincoln Restler is everything, everywhere, all at once. One minute, he’s on a Citibike pedaling down Tillary St. to a community meeting. The next minute, he’s at a ribbon cutting on Montague St. And the next, he’s in Gowanus with a garbage picker in one hand and a waste bag in the other. He’s there to sit down with a group of high school students and listen to their safety concerns around area schools. He’s there to help spread thousands of pounds of compost around tree beds in Brooklyn Heights and beyond. He’s there with his 8-point plan to rid our streets of vermin, litter, and dog poop. Yet another meeting about the BQE? He’s there. Lincoln Restler shows up. Everywhere. 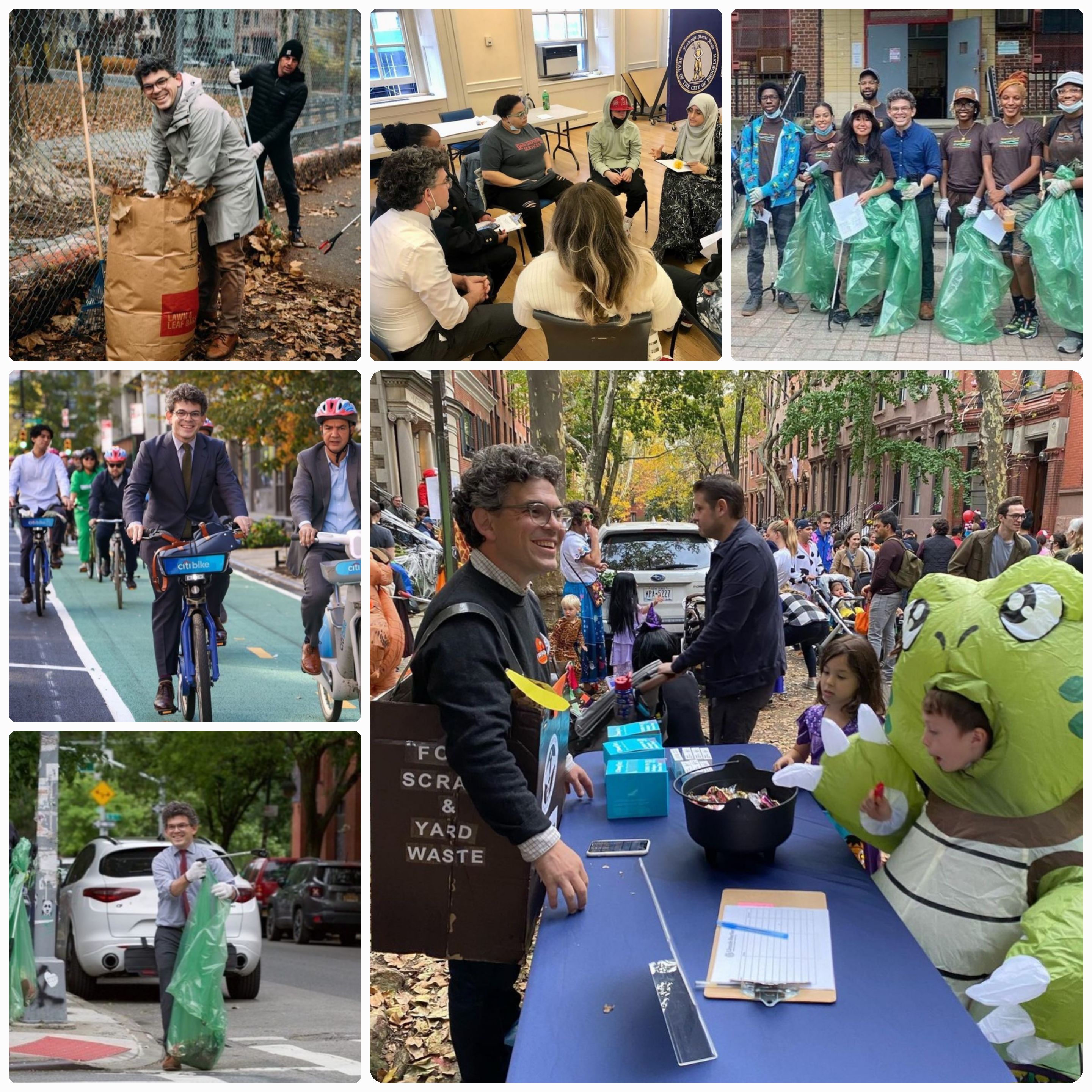 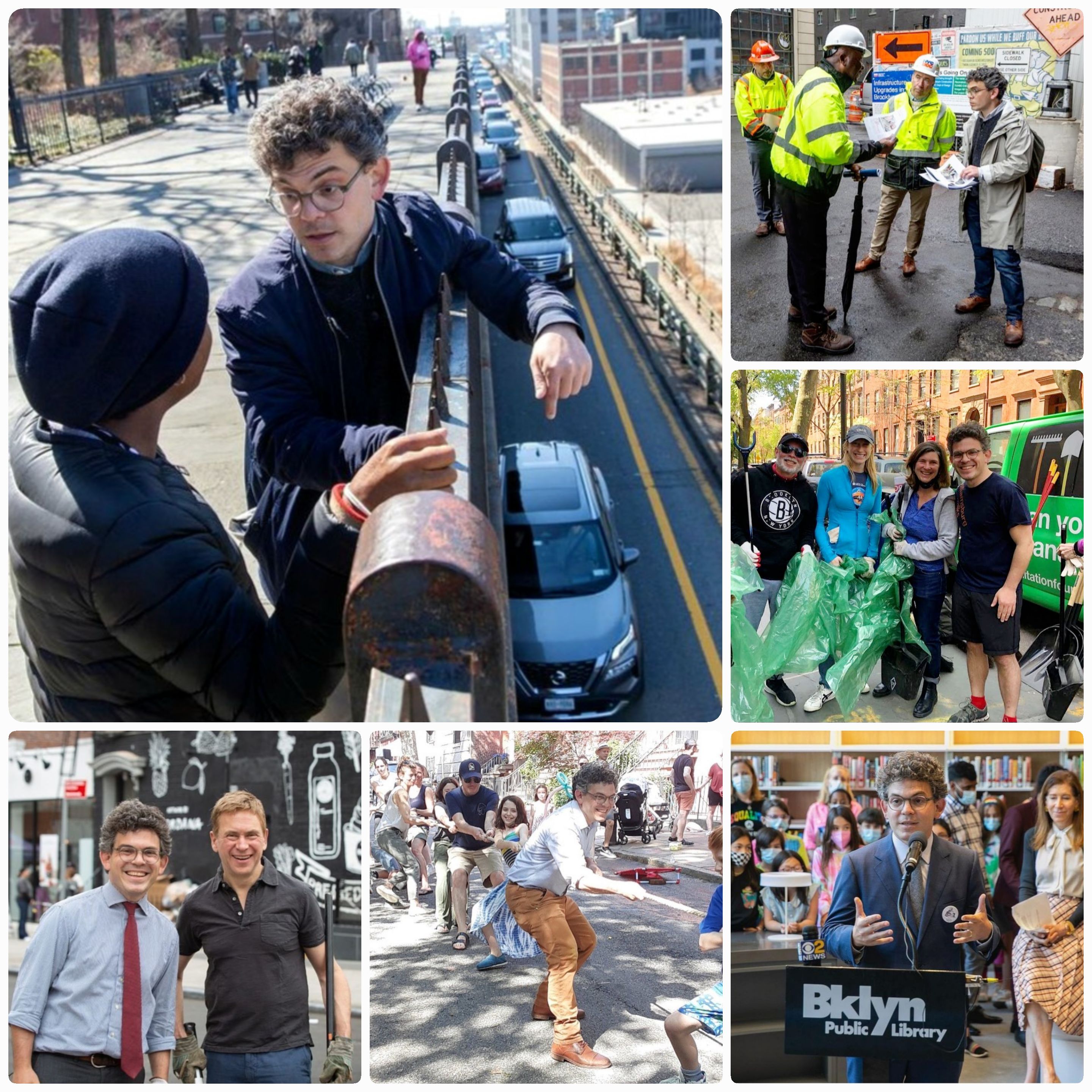 2.  Emma Straub and Mike Fusco, Owners of Books Are Magic

Need we say much? They gave us what a vast majority of the neighborhood has been wishing for – a book store, an independent book store, on our very own Montague St. These two dreamers whimsically decided to open their first book store in Carroll Gardens, when Book Court, a store they loved, closed shop. Open a book store while so many were going out of business? Yes, yes they did, to wild success. How about open a second one on a street defamed as “drab?” Why not? Why can’t we have nice things? With Emma and Mike, their superb staff, and carefully curated books, we can. 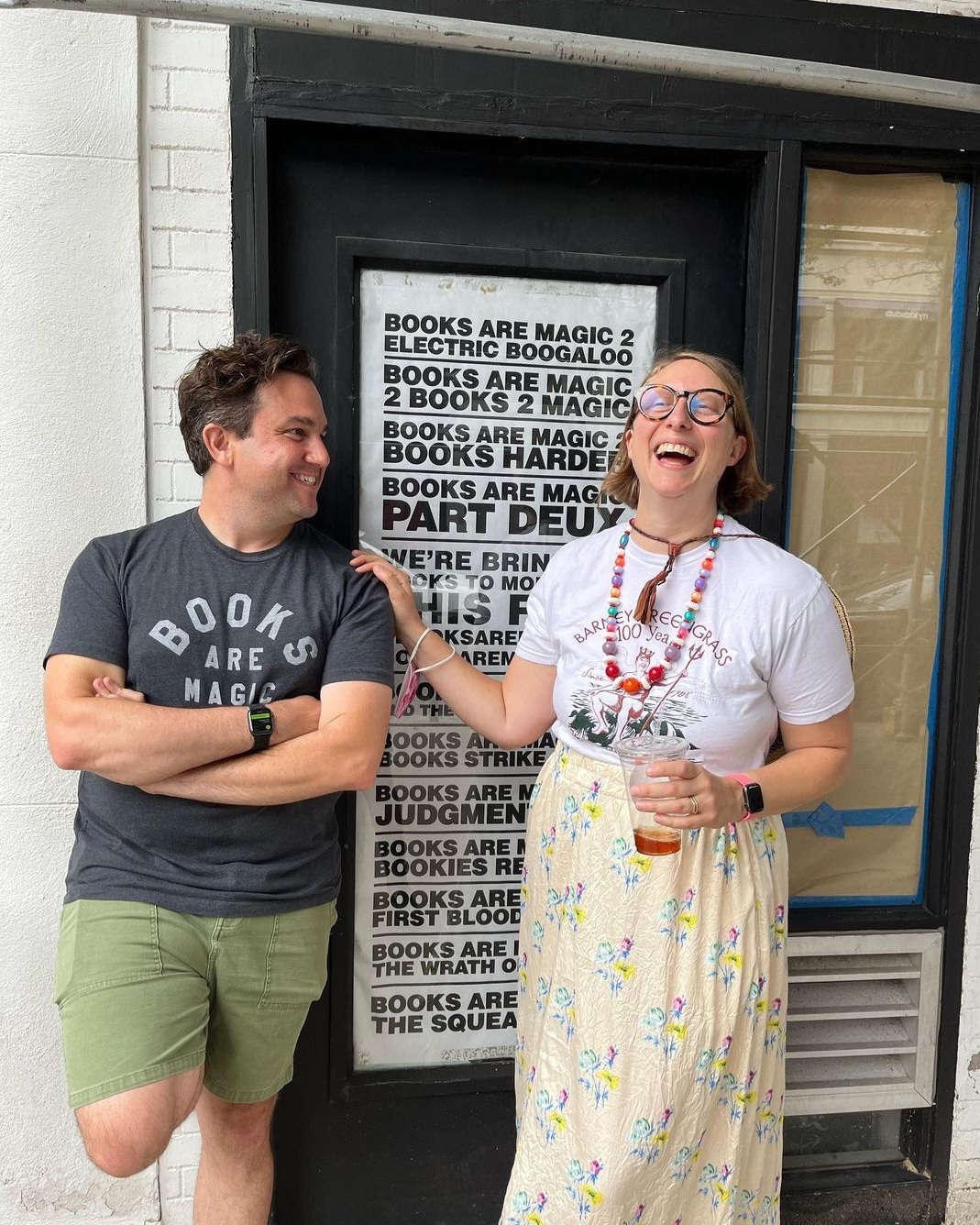 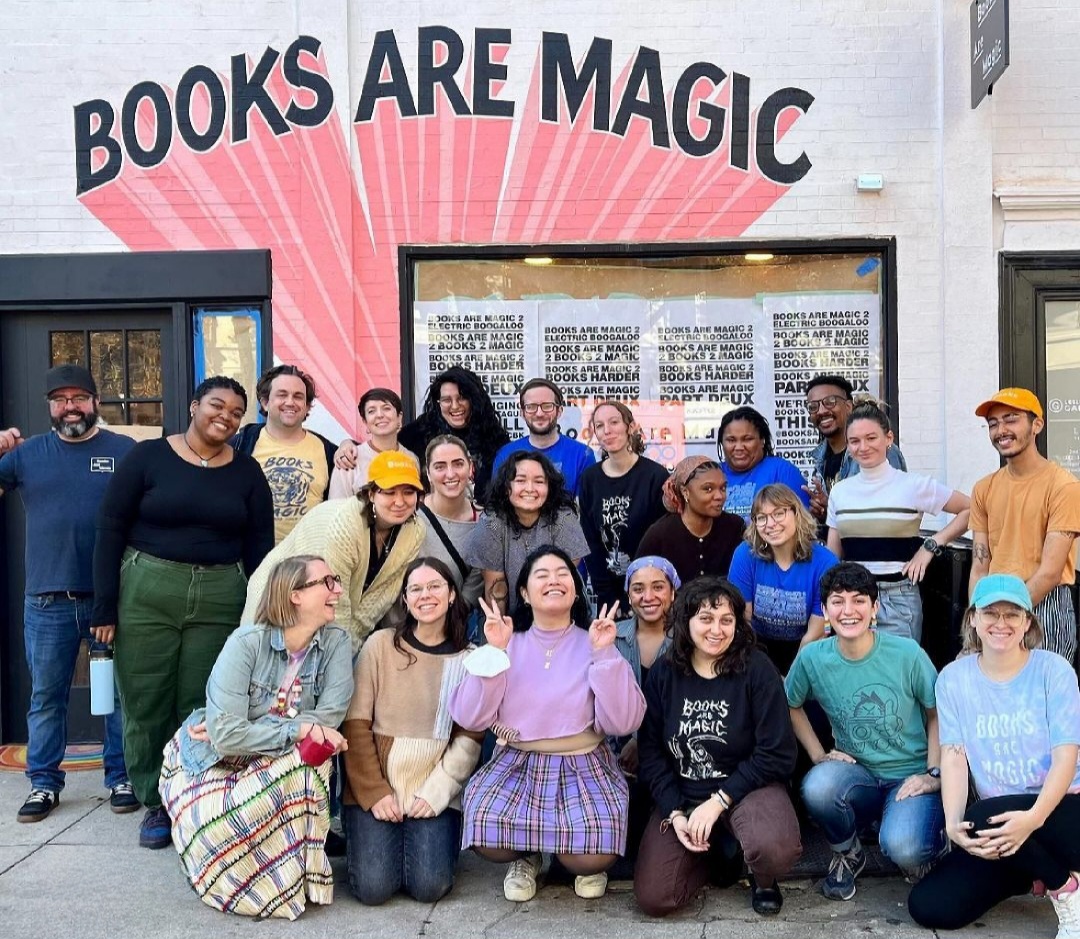 Chef Charlie Mitchell is a Star. His restaurant, Clover Hill on Columbia Place, was awarded one from the venerable Michelin Guide, and he was named Michelin’s Young Chef of 2022. Inspired by his grandmother’s cooking to become a chef, with prior stints at Eleven Madison Park and One White Street, he’s now in Brooklyn Heights, elevating fine dining far from the bustle of Manhattan. Along with his partners Clay Castillo and Gabriel Merino, Executive Sous Chef Max Guillaume, and Chef de Partie Christopher Evans, Chef Charlie “makes the most out of top-rate seasonal ingredients, delicious sauces and thoughtful combinations, for vibrant, seasonal eating that never once feels fussy or onerous.” says the Michelin Guide. It wasn’t the easiest road to all the accolades, as Chef Charlie told Restaurant News. “I remember we had to close a couple of Wednesdays and Thursdays because we had zero covers. It was hard. But we felt we had a great product and made sure we stood behind it whether we had two parties dining in the restaurant a night, or now when we have 60.” All that perseverance paid off. Not only a Michelin star, Clover Hill has been named one of NYC’s 10 best restaurants by Time Out New York, along with a five star review. Snag a reservation if you can. 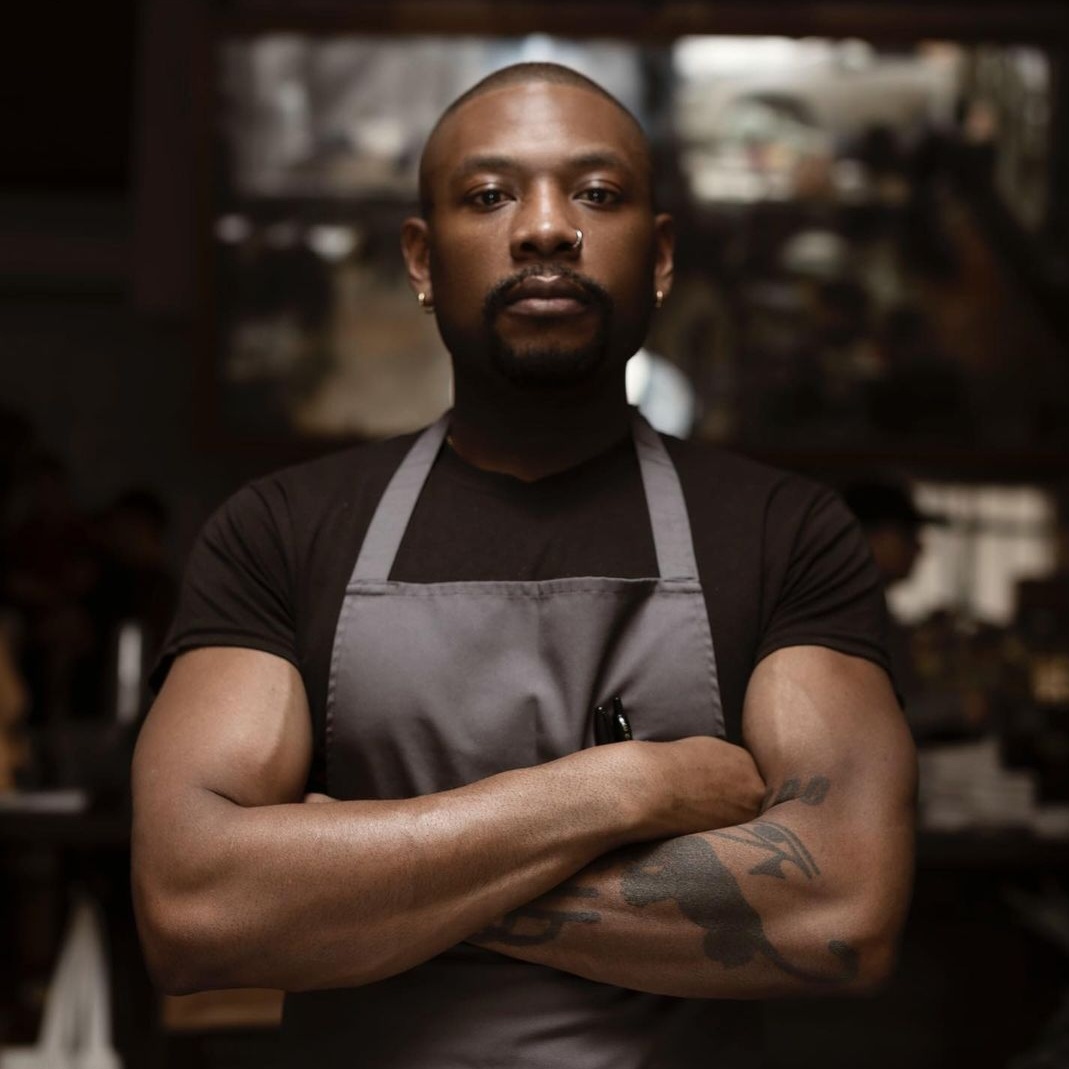 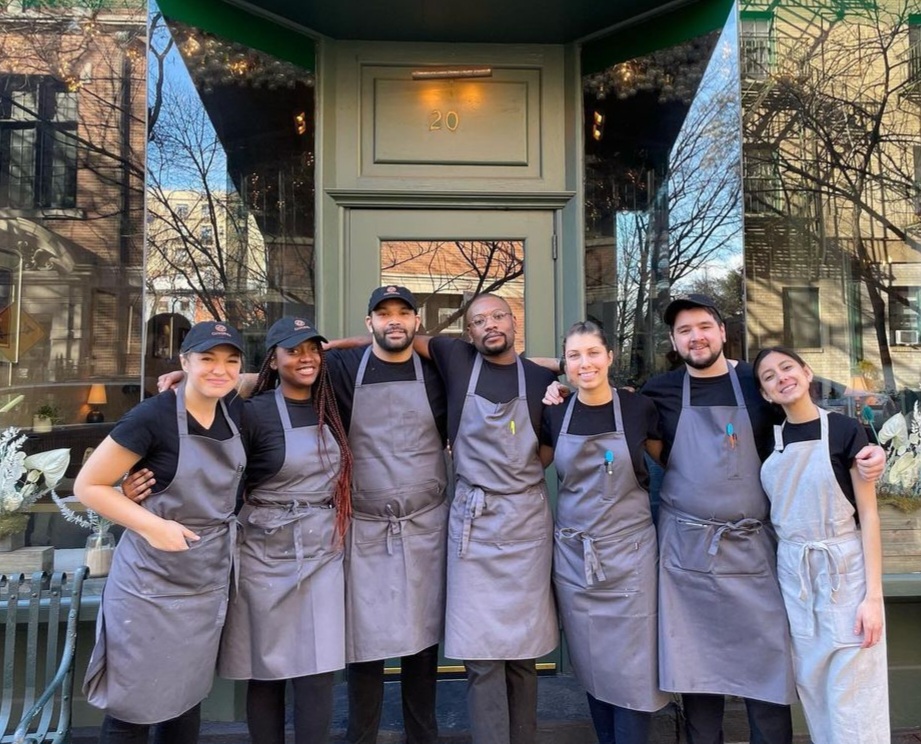 When our neighborhood tavern Jack the Horse closed early in the pandemic, that corner at Hicks and Cranberry became so suddenly dim and lifeless. Thanks to Sean Rembold, delicious eats, drinks, and merriment are back in that space. Sean, formerly chef at Diner, Marlow & Sons, and Reynard, and twice nominated for the James Beard Award for Best Chef NYC. Is it any wonder that Inga’s Bar became an instant hit, not just among locals, but with the most reliable food critics in New York City? Pete Wells said of the apple butter cake at Inga’s Bar, “As I ate it all the day’s worries seemed to have moved away to some other city. Life lately has become an endless existentialist drama, but at least we still have cake.” And Sam Sifton, “Most everyone I’ve sent to the restaurant… invariably takes time to text me a photograph of the celery Victor accompanied by heart emojis and OMGs.” When Sean signed the lease for Inga’s Bar, the pandemic was far from over. But as he told the New York Times, “We said we’re not going to move upstate; we’re not going to move to Nashville. We are going to stay and commit and be a part of whatever was going to happen next in the city.” We’re thrilled you stayed, Sean. 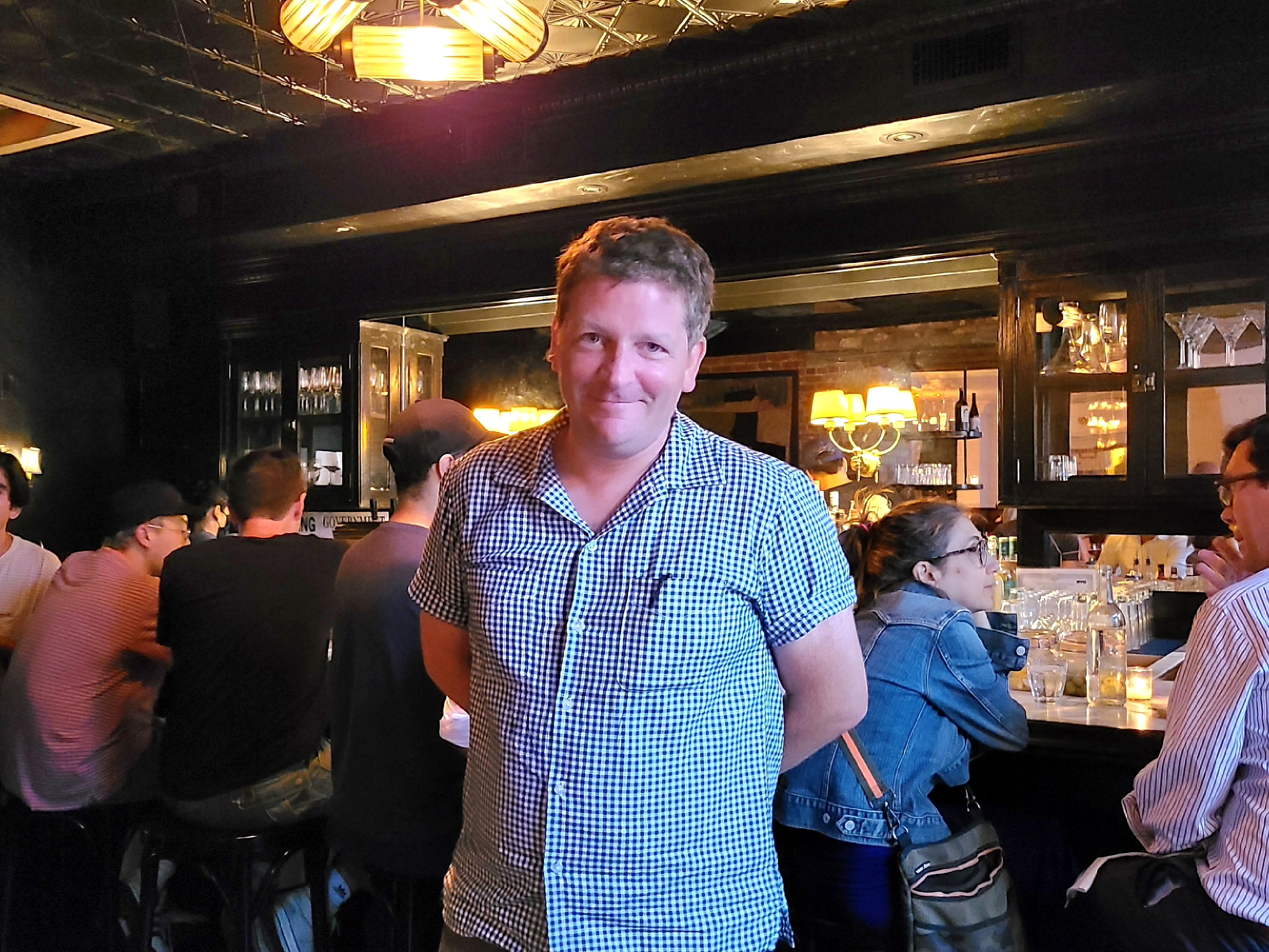 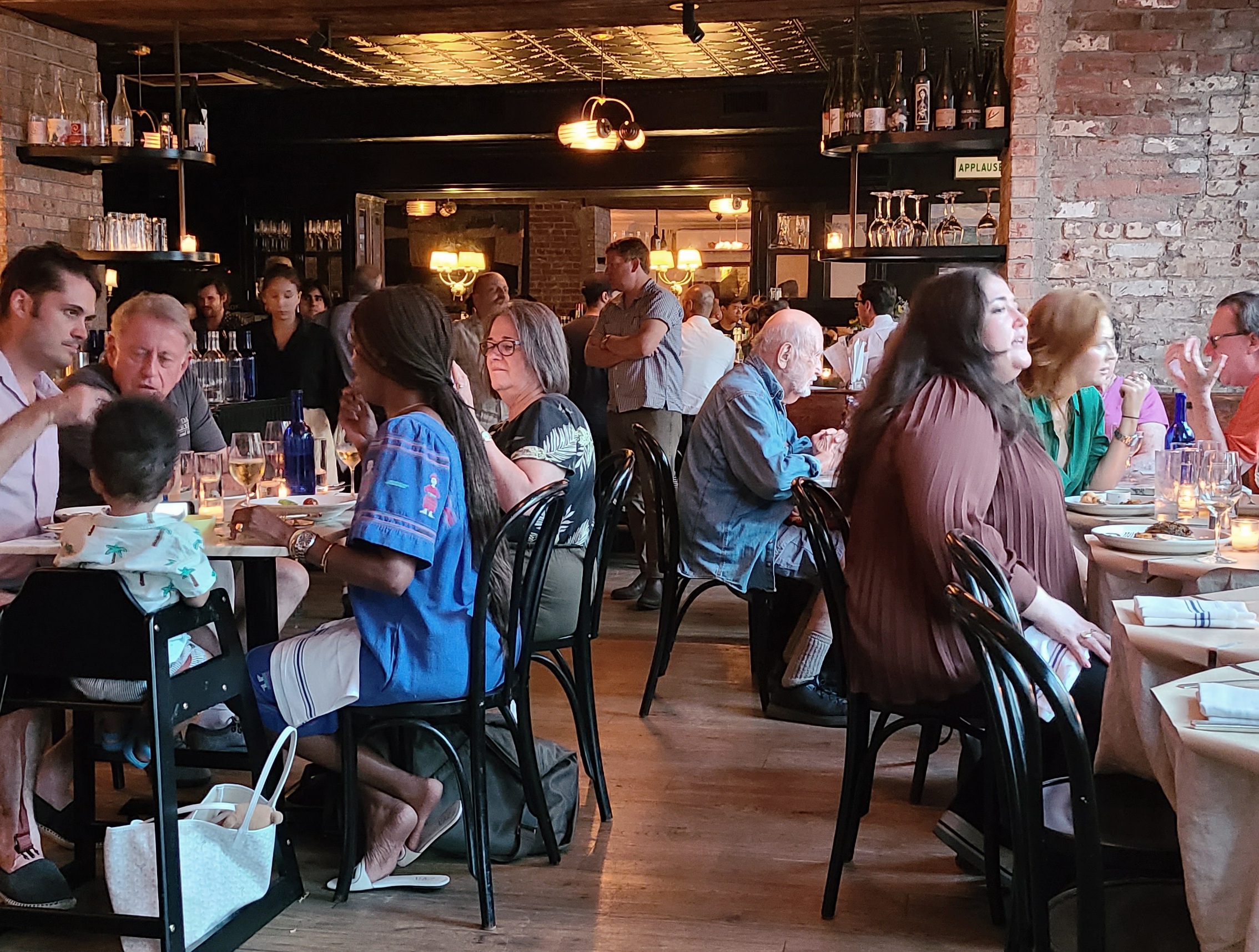 Photos by Mary Kim for BHB

“Can these croissants wake up Brooklyn’s sleepiest neighborhood?” asked Grub Street. Mais, oui! Early, in fact, people wake up and line up for croissants before the doors even open at 8 a.m. And what lines there are, most mornings. As someone mused to Grub Street, we haven’t seen lines like this on Montague St. since the wait outside City MD at the height of Omicron. Their story has been told so many times, but the short version is – Gautier, a French immigrant and engineer, started baking inside their small Brooklyn apartment in 2020. His wife, Ashley, a wiz at social media and resourceful in every way, helped turn the l’appartment baking into the wildly popular bakery that has been covered by every media outlet in New York City and beyond. The ribbon cutting this past May drew crowds never before seen on sleepy Montague St. According to everyone who has stood in line for theirs, the croissants live up to the hype and are absolutely worth the wait. Bienvenue, L’Appartement 4f. 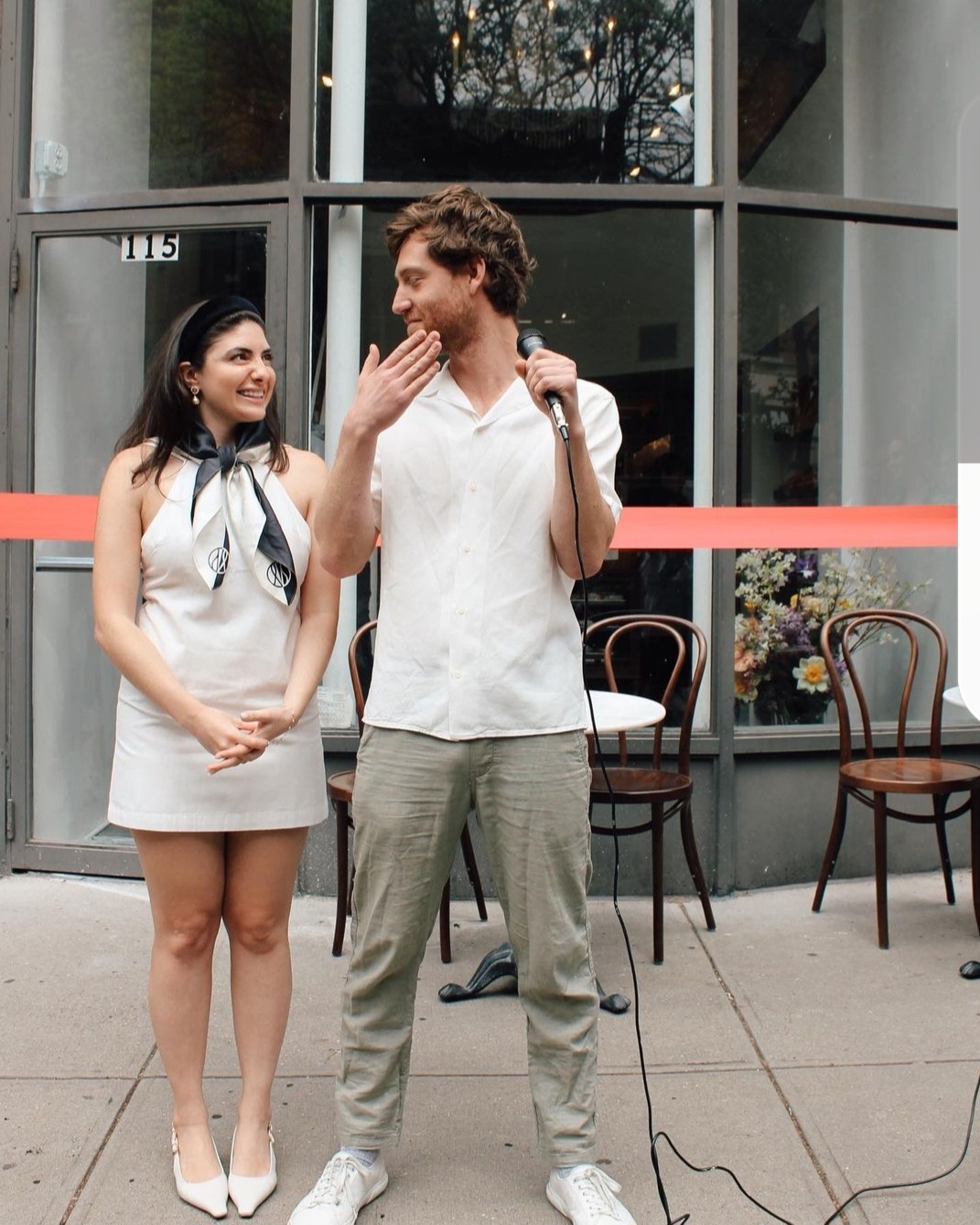 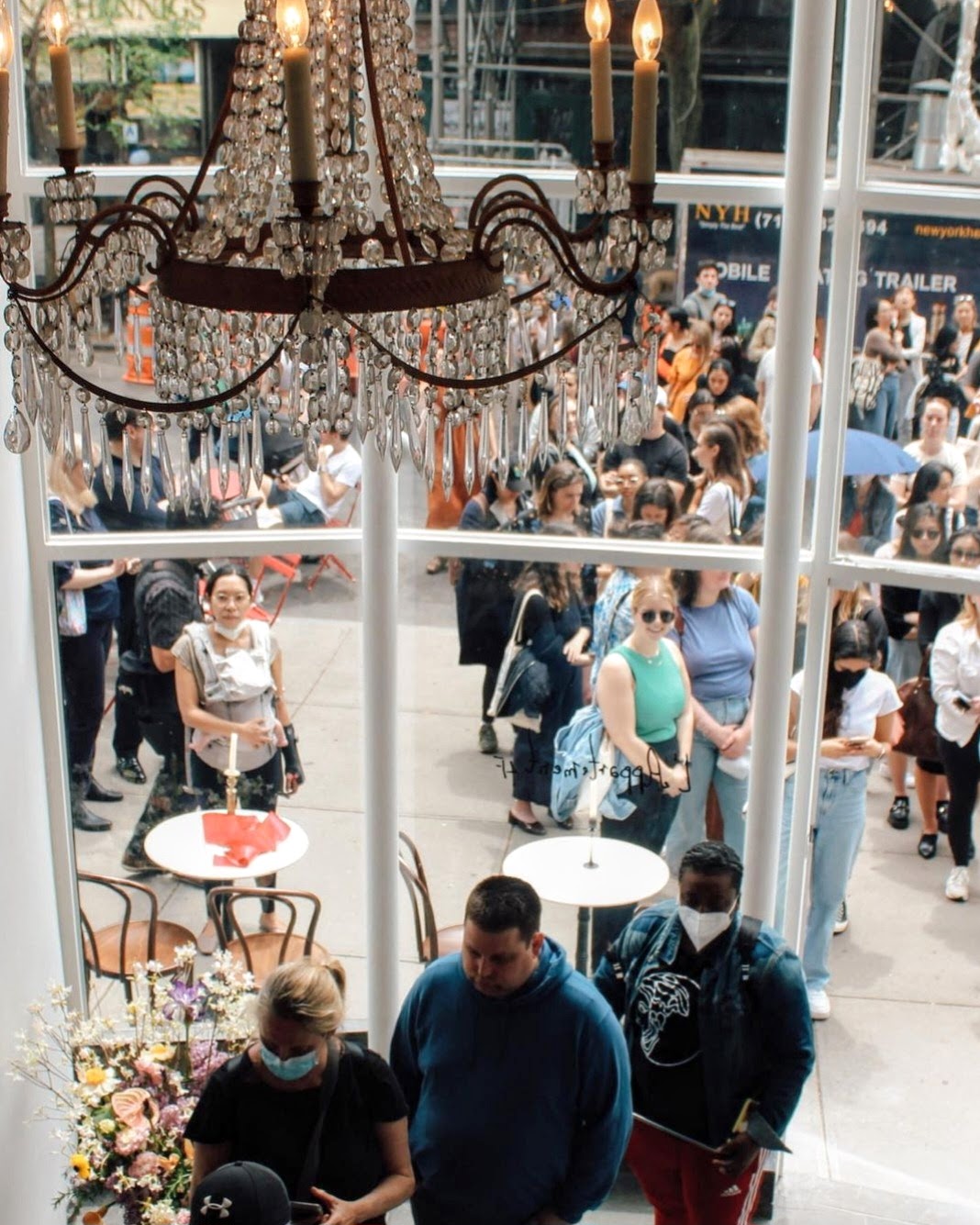 Brooklyn Heights not only gained an independent bookstore this year, Jason Koo brought us Brooklyn Poets in brick and mortar form on Montague St. Since 2012, Jason has been shaping the art of poetry to be less intimidating and more accessible with readings, workshops and open mics that are welcoming and inclusive to people from all walks of life. Brooklyn Poet’s grand opening this past July was an all-day poetry love fest with 40 poets reading, including MacArthur genius Edward Hirsch, former Brooklyn Poet Laureate D. Nurkse, and current Brooklyn Poet Laureate Tina Chang. Once named one of the 100 most influential people in Brooklyn culture, Jason is now one of the most influential people in Brooklyn Heights. 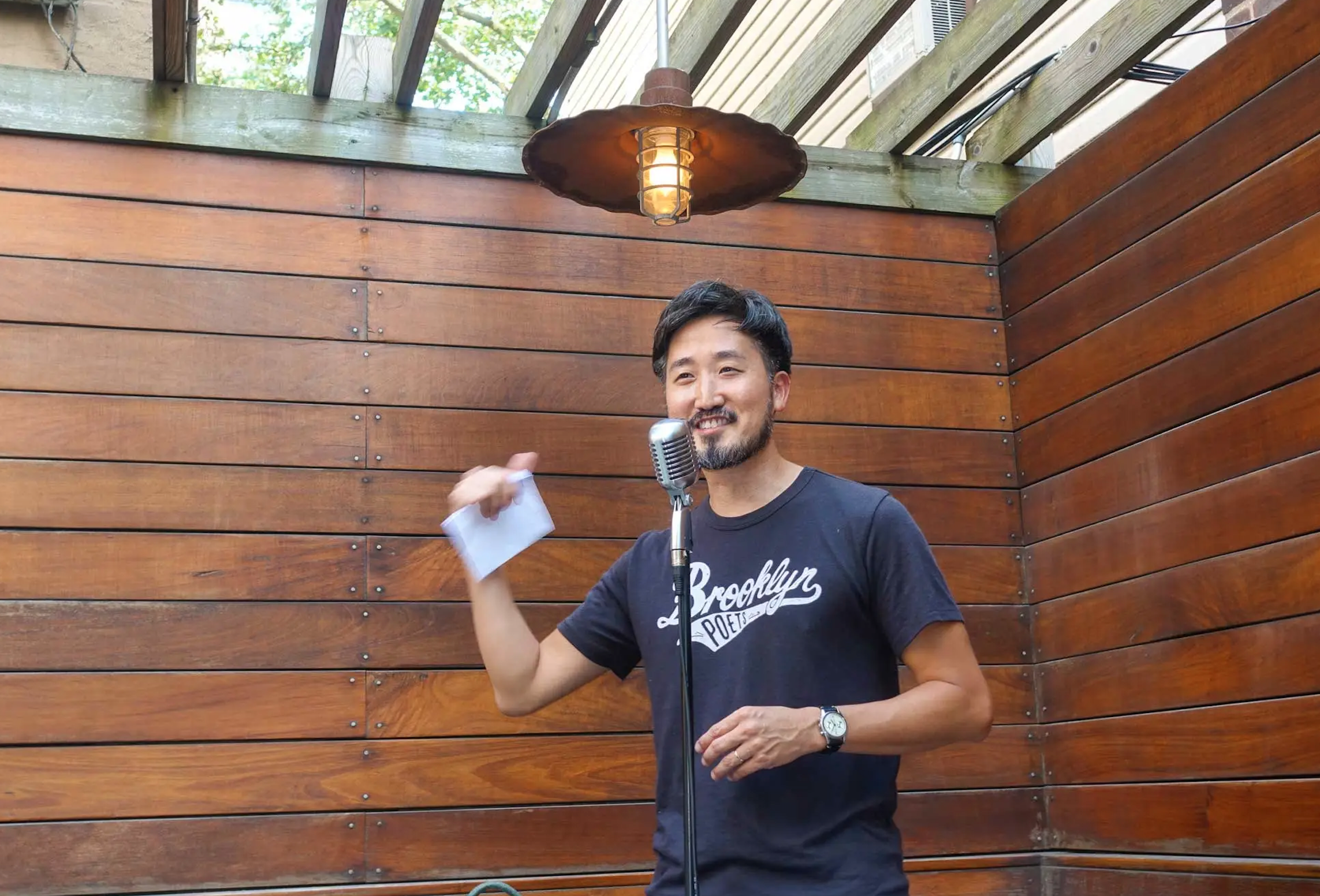 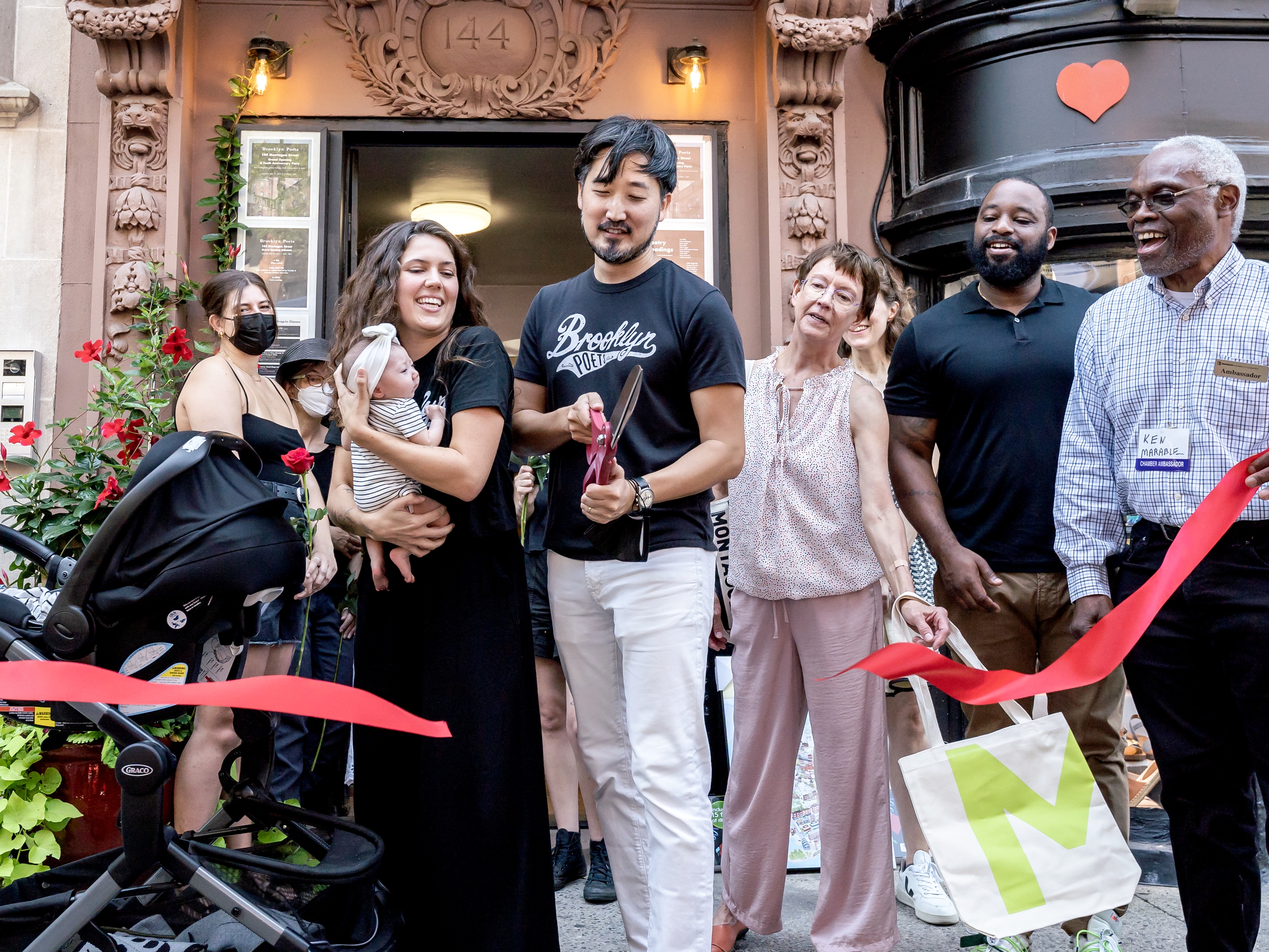 The Rev. Canon John E. Denaro, Rector at St. Ann & the Holy Trinity Episcopal Church since 2013, arrived at St. Ann’s after years working with the Episcopal Migration Ministries, a refugee resettlement arm of the Episcopal Church. At EMM, Canon John supported parishes and communities throughout the country in its mission to help resettle refugees and “rebuild their lives in peace and security in the U.S.” He continues that important work at St. Ann’s. Under Canon John’s leadership, St. Ann’s has partnered with Repair the World to help recently arrived asylum seekers, as well as hosting its weekly pop-up pantry and organizing many other volunteer and fund-raising drives to help those in need. 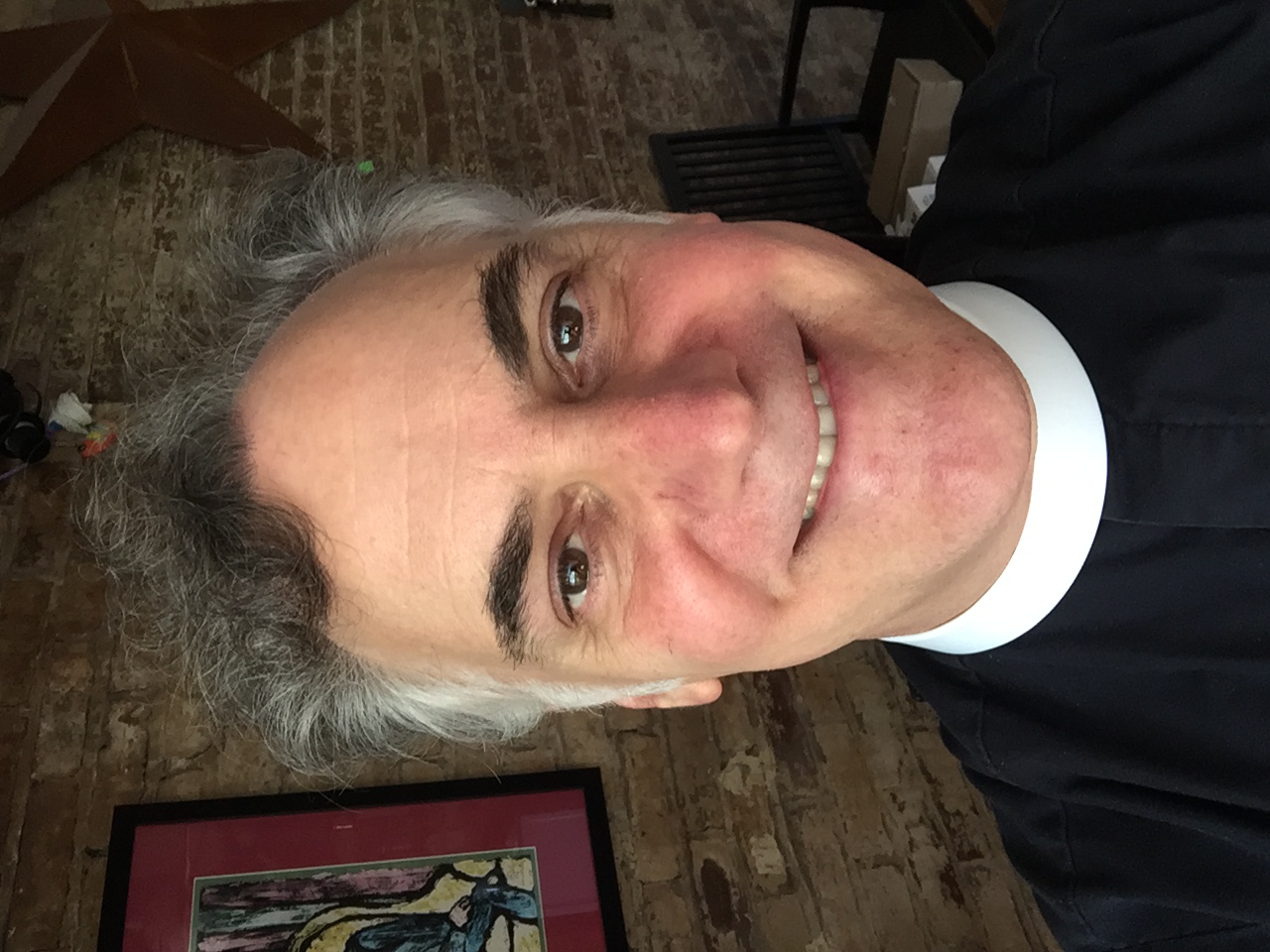 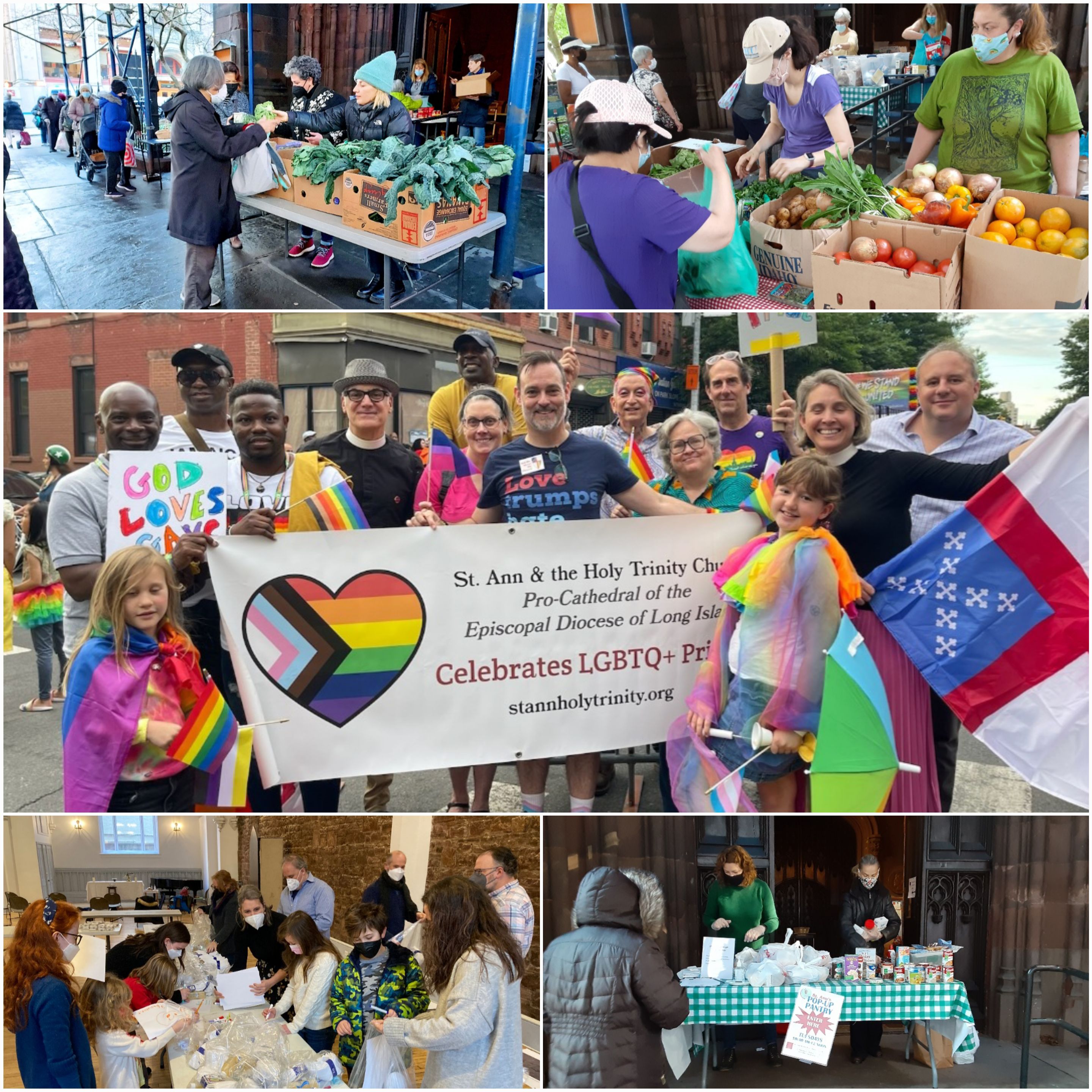 8.  Amanda Jones and Sarah Robertson, Co-Founders of The Service Collective

Amanda Jones and Sarah Robertson are local parents who founded The Service Collective, an organization that aggregates and organizes volunteer opportunities for children and teens. They saw a problem – difficulty finding volunteer opportunities for their own kids – and solved it. Started in September, TSC has already organized Brooklyn youth to help revitalize Red Hook Farms, cook and fill our Brooklyn Heights Community Fridge, bake and serve desserts at soup kitchens, help move recently arrived asylum seekers, deliver holiday gifts to homebound seniors, and much more. Kudos to Amanda and Sarah for helping us raise local youth to be lifetime community helpers. 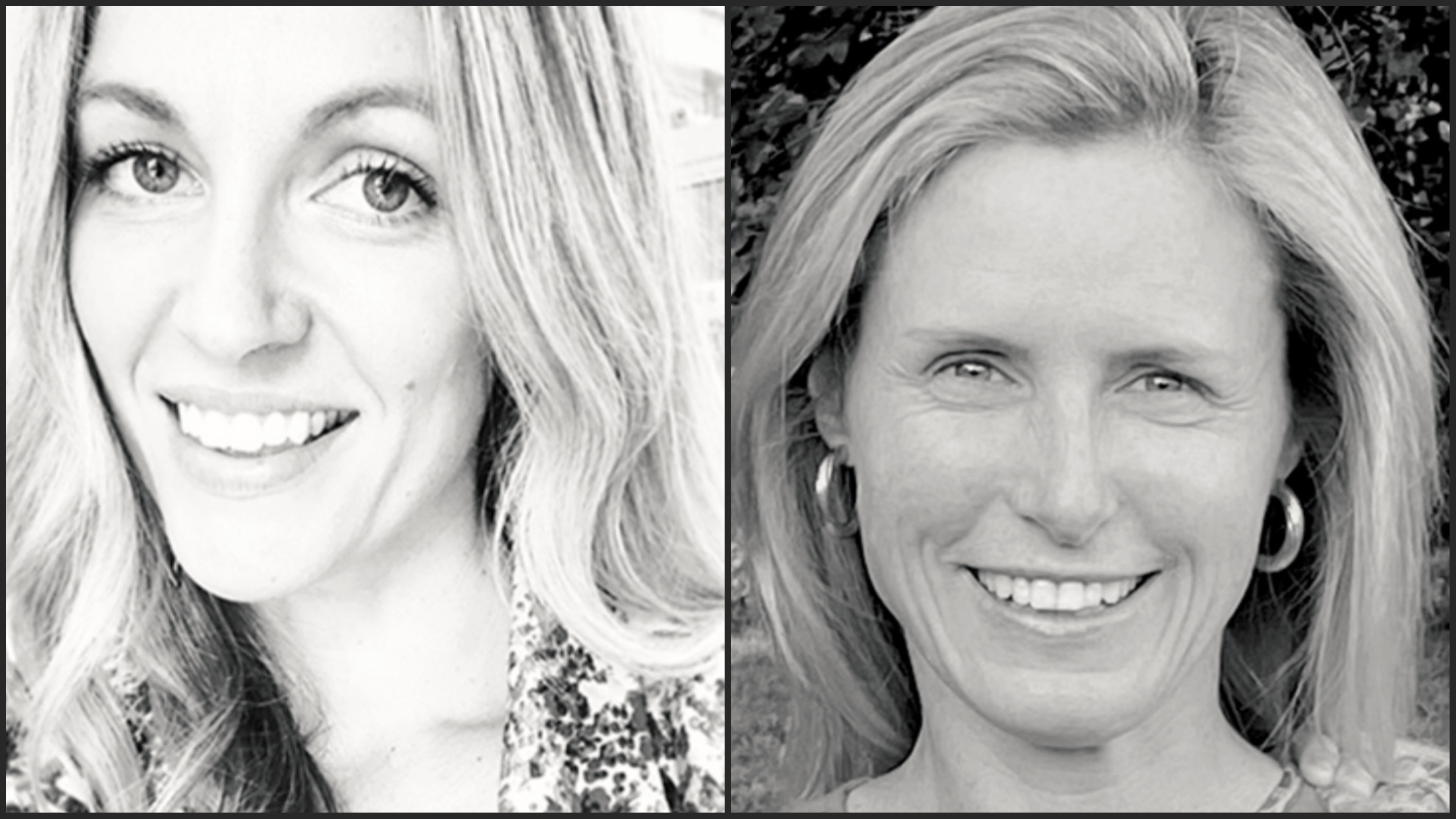 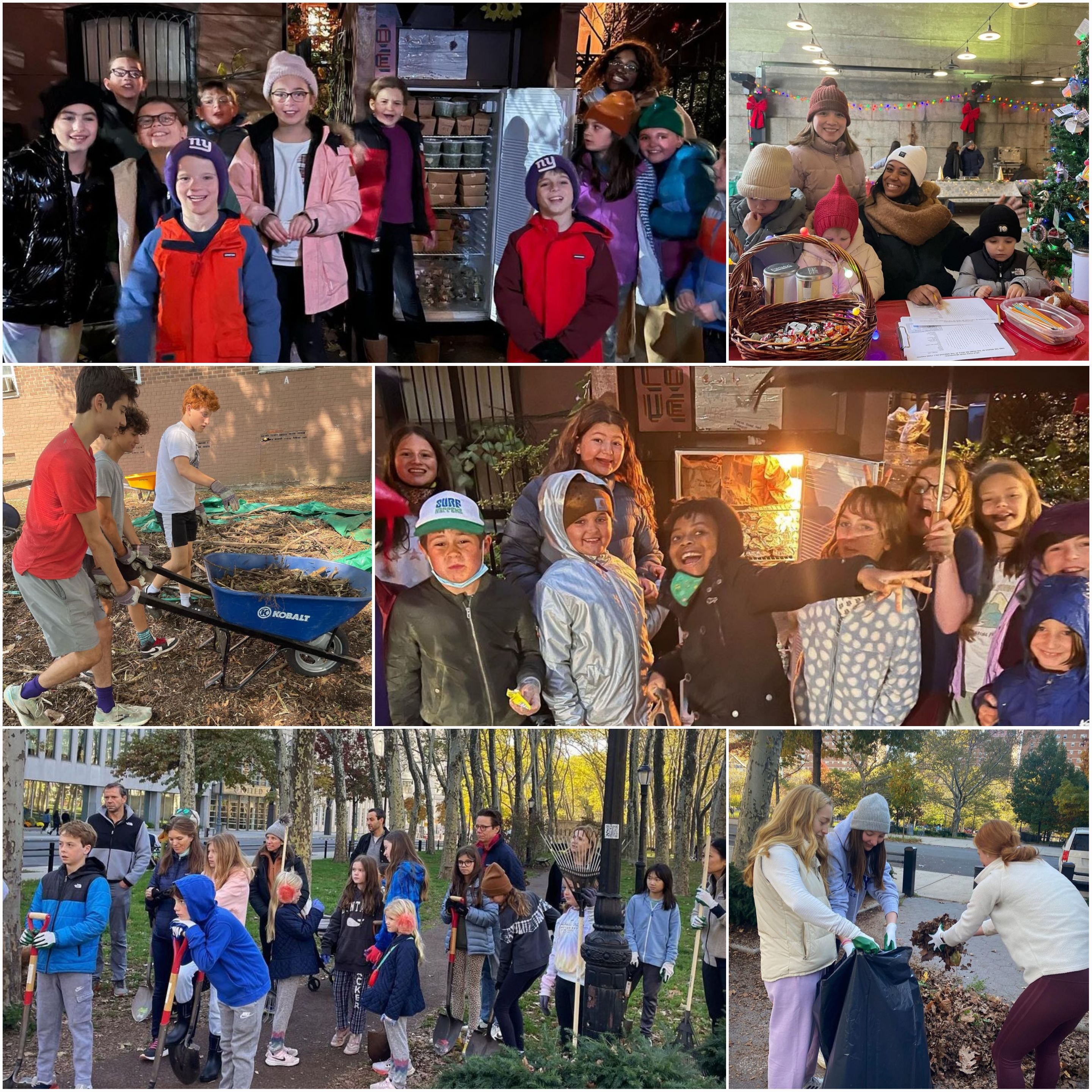 As BHB reported in August, 200 migrants in a bus from Texas were dropped off at the doorsteps of the Catholic Charities Brooklyn and Queens on Joralemon St., with letters in their hands that said the office building was their new home. Given no warning of the migrants’ arrival, CCBQ was completely blindsided. But Msgr. Alfred LoPinto, Father William Smith, and volunteers at St. Charles Borromeo Church quickly organized to welcome the exhausted, hungry and confused migrants. At St. Charles, the migrants received a warm welcome to our country, legal information on seeking asylum, boxes of necessities and food, and a hot meal to soothe their weary hearts and bodies. 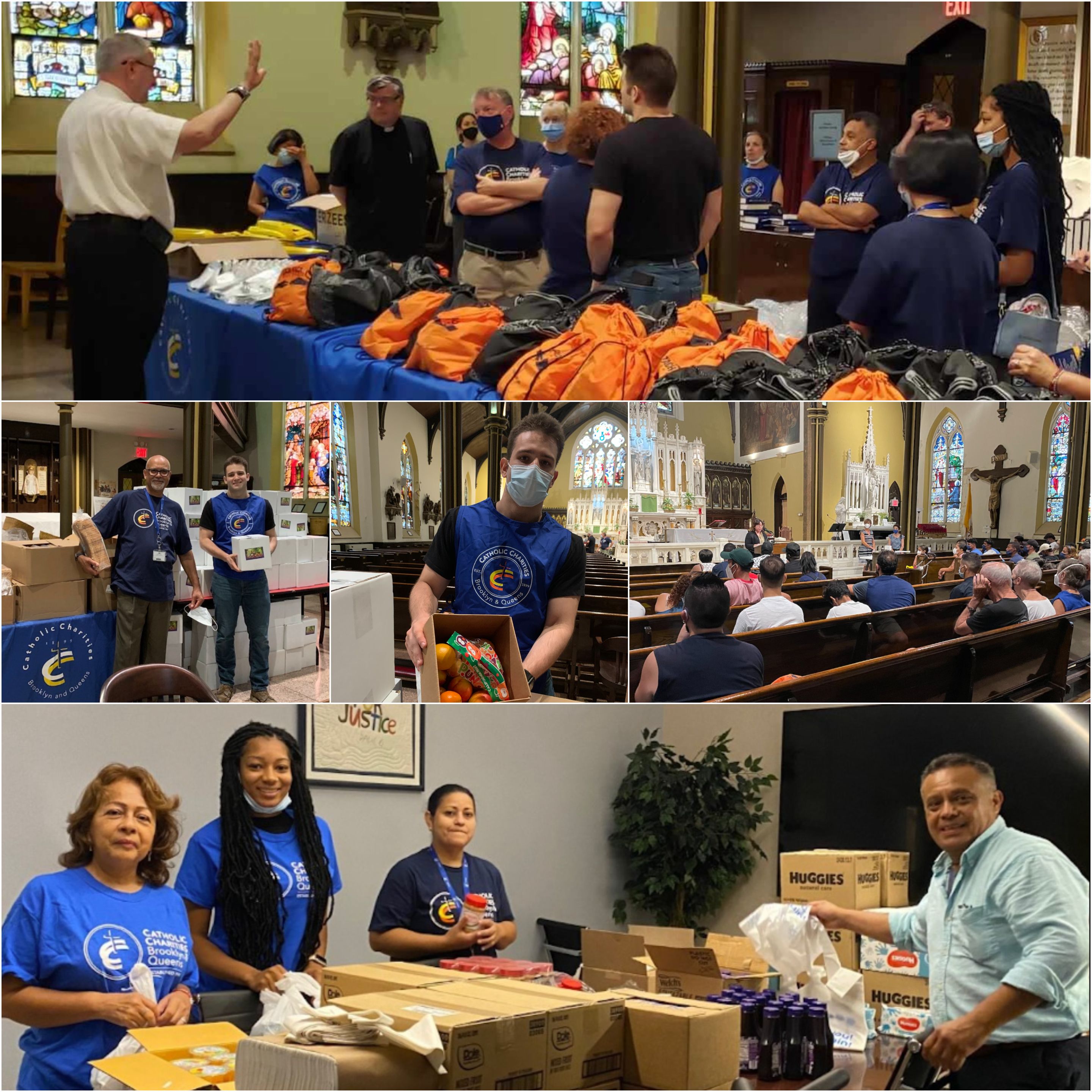 10.  Anil Chandrakumar, Karen Volk, and the Volunteers of the Promenade Garden Conservancy

Last but not least, we thank the volunteers of the Promenade Garden Conservancy. As reported by Mary Frost of the Brooklyn Daily Eagle, the Brooklyn Heights Association, in partnership with the NYC Parks Department, formed the PGC in 2009. Since then, PGC volunteers have worked tirelessly to keep the promenade lush and green. The PGC is led by the Parks Department horticulturist Anil Chandrakumar and Project Manager Karen Volk (also President of the Brooklyn Heights Association). But the work is made possible by the volunteers who gather every Tuesday morning to plant and prune, including Nina Craig, Rick Dean, Georgia Larson, Mary Reiser Heintjes, Diana Prizeman, Mary Ellson, Steve Sacks, Susan Abdulezer, Ellen Drexler, Craig Meachen, and others. 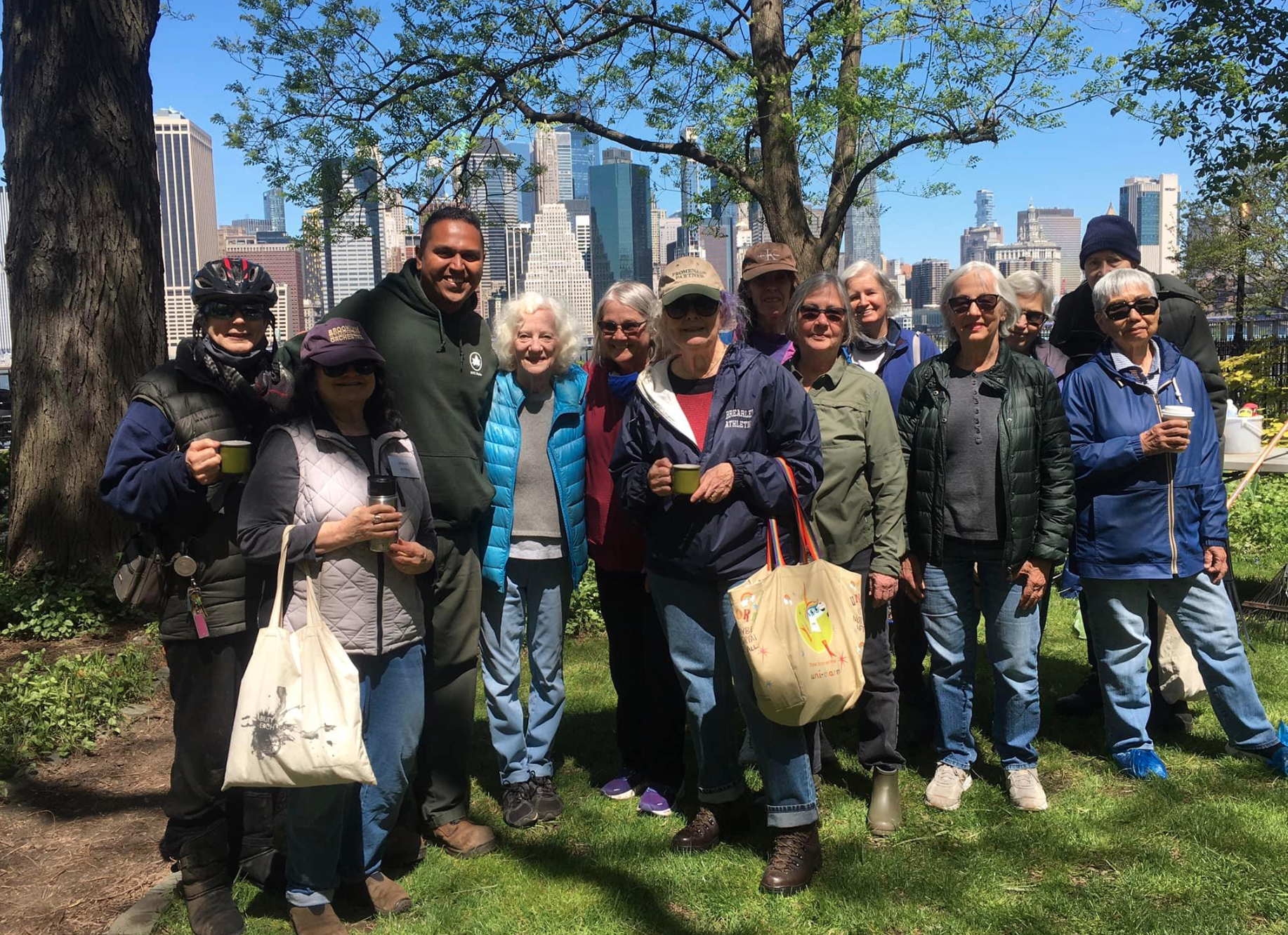