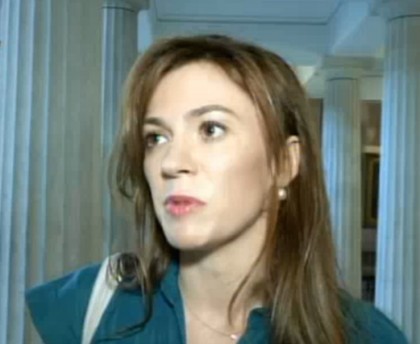 BHB: Some people may see your campaign as a rationalization for a very personal concern, given where the directors of PFGS live.

LS: What do they think I’m not for? I think the Times unfortunately got distracted by a red herring [that PFGS opposes affordable housing at Pier 6]. This is an opportunity to have a great park that’s used by many people across the entire borough. Many people have been against housing in the park as a land ethics conversation for decades.

[When] people live in a space—and Joe [Mertz] has been my inspiration in this—they feel like they own it, it’s their home. I believe that if people are living in a place that was supposed to be the grand entrance to the park—the park has no entrance anywhere else—I think you’re not going to feel like a park visitor but like someone who’s trespassing on someone’s home.

BHB: PFGS has employed two of the most politically connected advocates in Brooklyn [lawyer Frank Carone, who is a former law partner of Brooklyn Democratic boss Frank Seddio, and public relations firm George Arzt Communications, which also has ties to the Brooklyn Democratic party] to fight this battle. How did you happen to hire them?

LS: I don’t know if that’s true that Frank’s the most politically connected…all I know is that we spoke to a lot of people who have done wonderful public interest work in this community and [who] recommended Frank…. We picked a lawyer who would have the expertise necessary in this court system, and we picked someone who we thought was really good.

BHB: Is Mr. Carone working for you pro bono?

LS: He is not pro bono, but cost was a consideration in choosing Frank.

BHB: And what about George Arzt?

LS: We were getting painted completely unfairly in the media, and we needed help.

BHB: Were you referred to Mr. Arzt by Mr. Carone?

BHB: How do you respond to the concern that PFGS is far more sophisticated in fighting this battle than most community opposition groups might be?

LS: You’re making me very happy [to hear how accomplished our legal help is]. I didn’t know these things—[though] I knew we had a strong team!

BHB: Is this because of Martin’s involvement in PFGS?

LS: He’s not someone who follows politics or has anything to do with politics at all. I think he’s much more interested—as all of us are—in thinking about the future of Brooklyn.

When we finished the financial analysis and we found what we found, I was so proud of how many different skills and talents our little group that has come together has to offer. Maybe that’s rare! This is the first time I’ve ever done this, but I think we have been really effective and lucky.

And maybe because we’re on the right side. What we’re trying to do makes sense! That’s what I believe.

What do you think your readers might be worried about?

BHB: That PFGS is masking a private concern with a public face and has exceptional depth of resources.

LS: Whatever our resources are, I would counter that the real-estate interests in this neighborhood…their assets far outclass us. We may be fortunate in having some funding, but [PFGS] is a very small minnow compared to the money that is being spent on real-estate development in Brooklyn right now.

BHB: What about the personal toll this takes on you and your colleagues?

LS: I was never an activist before, but I grew up with my father writing letters to Amnesty International once a week. So it’s always been there.

I have been surprised by some of the [attacks on PFGS members]… even if we’re not all on the same page, I think there’s a certain tone of respect and an interest in facts that we should all maintain, and I’ve certainly tried to do that.

But it’s also been an honor. Members of the community seem to be happy with what we’re accomplishing. I think that’s important. This is a fight that’s been happening for a very long time. I’m just the newest kid on the block.

BHB: Is all this effort worth it?

LS: When we realized that the park stopped [its] fiscal analysis in the year 2018 when the tax abatements [on One Brooklyn Bridge Park] would fully expire by 2020; the additive cash flow [that] we can say of $4 million—plus there’s more money that’s coming in, it’s not [on the] public record yet—and I realized there’s a chance to have no housing there? To have trees instead? I thought: “It’s totally worth it.”

I’m hoping that the personal costs aren’t going to get much worse than they already are.

Why do I care about the slings and arrows of NIMBYism? Because I think what they [BBPC] are doing is wrong. They’re trying to define us in a way that is easy for them. It’s politically expedient, but it just isn’t true. [Martin Hale]

I believe these issues are important. We have community planning processes for a reason.

MH: We have a legal case history of [BBP] committing to build the minimum [housing] necessary to fund the park. The facts have changed substantially since then. Real-estate prices have more than tripled, and they’re clinging to the same old plan.

Why do I care about the slings and arrows of NIMBYism? Because I think what they [BBPC] are doing is wrong. They’re trying to define us in a way that is easy for them. It’s politically expedient, but it just isn’t true.