After Less Than A Year, 40 Willow Place Mansion Flips For $7.65M

Curbed reports that “Brooklyn’s most valuable townhouse” has again changed hands. About four months ago, it was back on the market for $7.95 million and entered contract a month later. Curbed is now reporting the sales price: $7.65 million.

The webbie notes, “Not exactly a huge flip, but a nice little profit for the sellers, who spent less than a year in the highly modern townhouse.” In August, BHB reported that according to Property Shark, among the 10 most valuable single-family mansions in the city—including Manhattan—this home ranked No. 1 in June 2012. 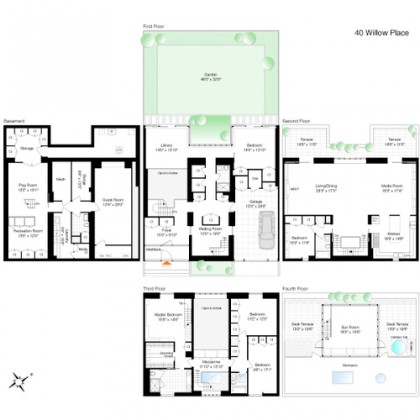