In a Valentine’s story titled “Road to Happiness: Brooklyn’s Love Lane lives up to its name,” The New York Daily News offers two neighborhood tales of romance. Jim & Patricia Aliperti share how they met nearly 40 years ago, while George Heusinger talks about his nearly 40-plus-year romance with late partner, William.

The Alipertis live in Rio but keep an apartment on Hicks Street, while Heusinger moved to Brooklyn Heights in 1965, where Daily News columnist Denis Hamill writes that he “found a warm and flourishing gay community where it was okay to live in the open.” Heusinger remains in the same apartment, after his partner William died in 2006. 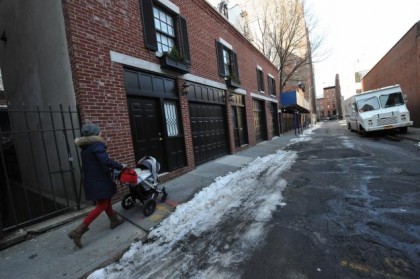