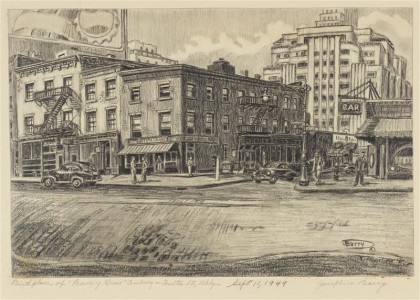 This sketch of the “Birthplace of Walt Whitman’s ‘Leaves of Grass'” depicts the corner of Cranberry & Fulton streets (which is now along Cadman Plaza West heading to Old Fulton Street) dated September 11, 1949. It is signed by Josephine Barry.

Legend has it that the red brick print shop in Brooklyn Heights where Walt Whitman set the type for the first edition of “Leaves” in 1855—torn down years ago to build the Whitman Close co-ops at 75 Henry Street—was salvaged, with bricks embedded in the ground around a planter near the A train stop on Cadman Plaza West. 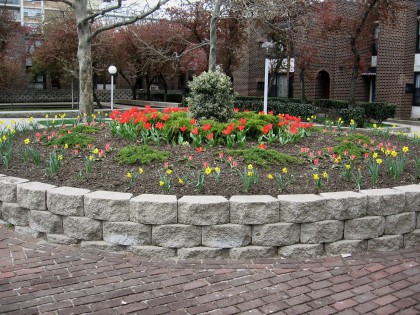