The sweet red brick building at 156 Henry Street at the intersection of Love Lane in Brooklyn Heights holds a modicum of mystery. Despite hours of research, I could find little info on when it was built or why it stands alone as a quaint two-story structure among so many multi-story apartment buildings on all sides. 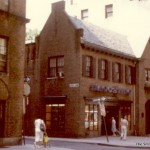 What I do know is that throughout its life, the street level has housed at least three businesses: two supermarkets and now, a CVS. First was Bohack, which opened its first family grocery on nearby Fulton Street in Brooklyn in 1887. After going public, the chain expanded into Manhattan and the Bronx until its demise during the recession of the mid-1970s. The last store shuttered in summer 1977. 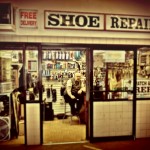 Next in the location was well-known New York supermarket chain D’Agostino, first opened in 1932 during the Great Depression on the Upper East Side. By 1981, the grocer operated 15 Manhattan locations and one in Brooklyn—at 156 Henry Street. The store was obviously in place long enough to update its logo signage, as seen below.

Within the past decade, D’Agostino departed Brooklyn, making way for CVS to mark its territory in the Heights, competing with drugstore neighbors Duane Reade and Rite Aid.

Above the store, there’s a one-bedroom rental apartment, last listed by Corcoran (date unknown), described as: “Sunny, quiet, beautiful 1BR in the heart of Brooklyn Heights, steps from restaurants, shops, subways. Near Brooklyn Heights Promenade. Kitchen & bathroom totally renovated. Beautiful decorative fireplace & gorgeous wood floors. Pets welcome.” No price was listed on the site. Pics from the listing of the upstairs unit below…

Finally, a little perspective about Love Lane, across from 156 Henry… In pre-Colonial times, it was an Indian trail leading to the nearby East River. When the Dutch arrived in Brooklyn, it became a popular path for romantic walks, thus the name. An 1894 New York Times article hints, “The oldest residents remember a time when there was a cool, shady path leading down ‘Lover’s Lane,’ where plump, rosy-cheeked Dutch maidens, with their sweethearts, meandered on summer evenings out through the turnstile and down the grassy bank to the water’s edge.”

Today, the closest you’re going to that blush get is a flash of your CVS bar code, hoping for bountiful bargains… and a sentimental feeling standing in a space with such robust history in beloved Brooklyn Heights. 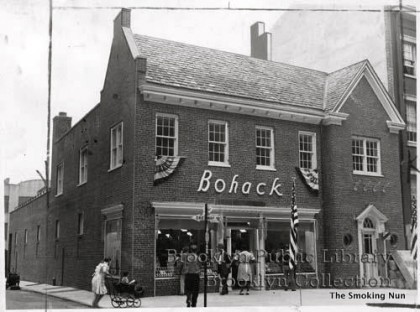 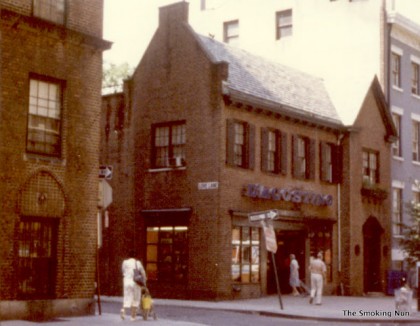 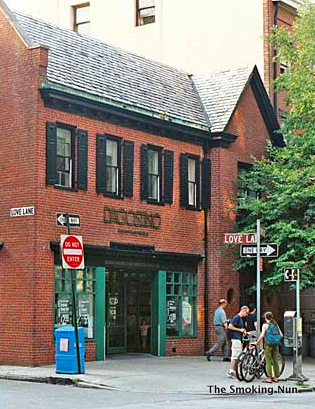 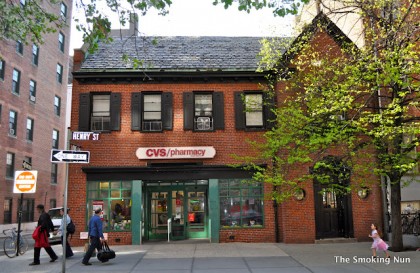 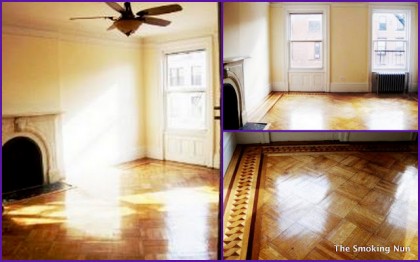 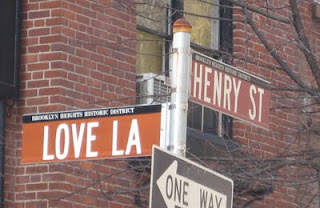