Have you ever met a Starbucks that didn’t do boffo business? The recent move of the Brooklyn Heights’ locale from the open & airy 134 Montague Street to the long & narrow 112 Montague doesn’t appear to have cut down on the number of Caffè Vanilla Frappuccino Blendeds being served in the neighborhood. (More photos below the jump.)

Meanwhile, the new Starbucks location at Fulton Mall’s 348 Fulton Street, which opened earlier this month across from Shake Shack and next to the spanking new Brooklyn Industries, appears to be satisfying coffee lovers with equal gusto.

The same can’t be said for Downtown Brooklyn’s Seattle’s Best, which opened its first standalone store in the borough at 253 Livingston Street & Bond Street on June 21. Earlier this week, a stop inside revealed not a single customer. The somewhat desolate location is set apart from the neighborhood’s gentrifying commerce and is situated in a building that is thus far undeveloped.

The irony, of course, is that Seattle’s Best, founded in 1970, became a subsidiary of Starbuck’s at the dawn of the millennium. 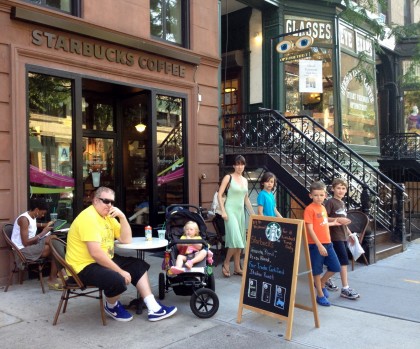 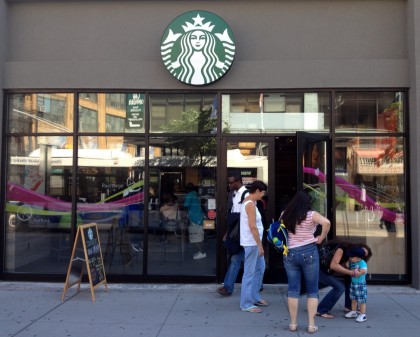 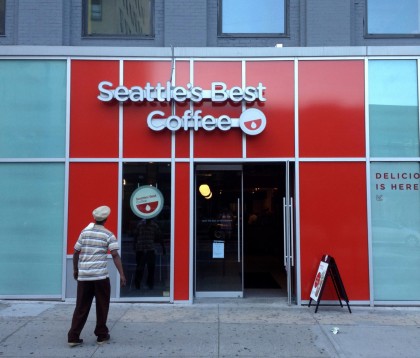 The ‘Brooklyn Eagle’ Has Landed
Image Of The Day: Halloween In July?