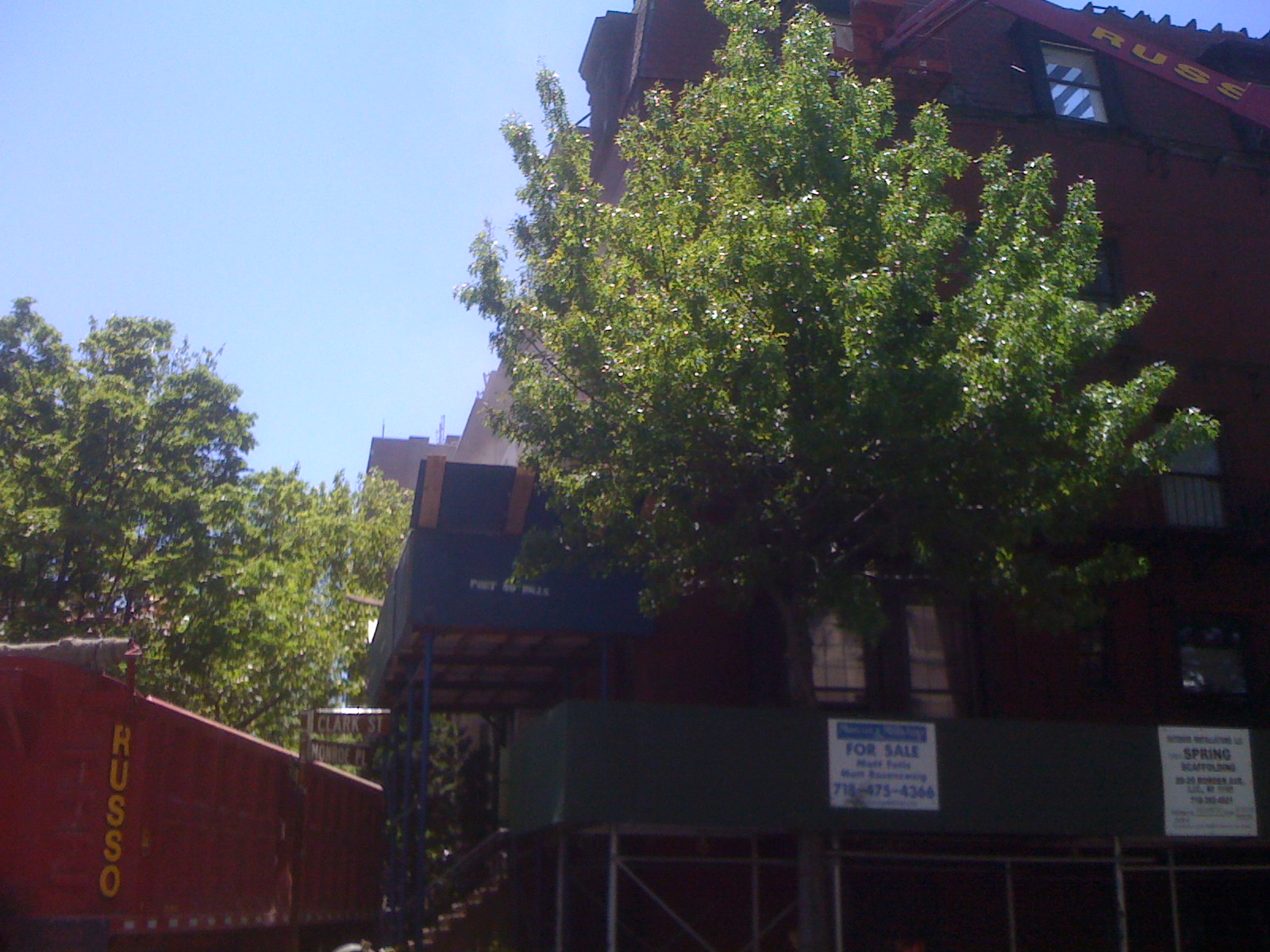 The New York Post reports today on the evacuation and condemnation of 100 Clark Street. The article says “an anonymous tipster” called 311 Saturday to alert them about the top two floors of the building protuding more than 13 inches over Clark Street:

“Everyone who has owned this building has taken money out of it and not put any money into it. I don’t walk on that side of the street anymore.

“I don’t see how taking out the top two floors will keep the building from deteriorating further. It’s bowing on the ground floor as well.”

Most of the people living at 100 Clark Street left in 2004, the last time the DOB had issues with the structure. A few remained until this weekend:

“It’s very stressful for me,” said tenant Ofer Nevo, 55, who took part in both evacuations… Nevo has been trying to negotiate a buyout with the building’s owners, Edward and Andrew Penson.

The Post adds that the Pensons have been issued fines for building violations.